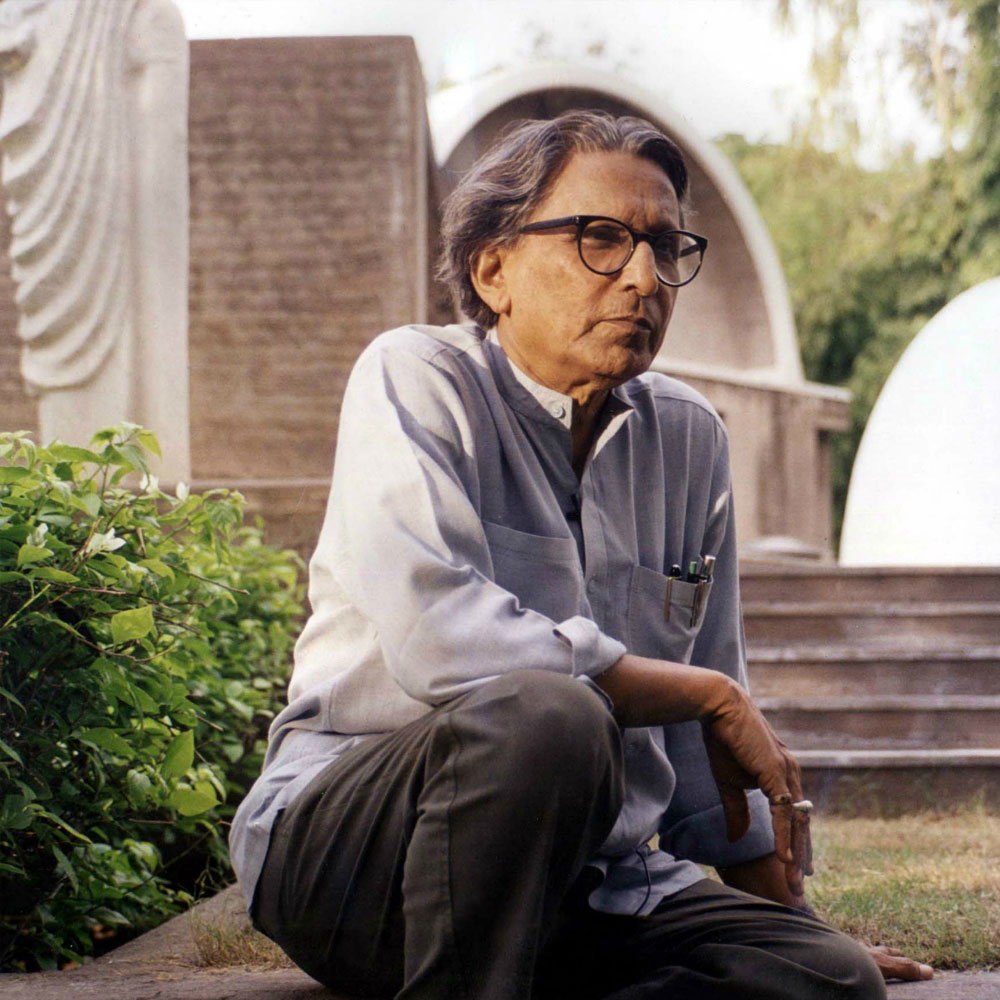 After initial study at the J J School of Architecture, Bombay, he worked for four years with Le Corbusier as Senior Designer (1951-54) in Paris and four more years in India to supervise his projects in Ahmedabad. His office Vastu-Shilpa (environmental design) was established in 1955.

Dr. B V Doshi has been a member of the Jury for several international and national competitions including the Indira Gandhi National Centre for Arts and Aga Khan Award for Architecture.

As an academician, Dr. Doshi has been visiting the U.S.A. and Europe since 1958 and has held important chairs in American Universities.

In recognition of his distinguished contribution as a professional and as an academician, Dr. Doshi has been honoured with 'Padma Shri' (also Padmashree) which is the fourth highest civilian award in the Republic of India. He has also received several international and national awards and honours.