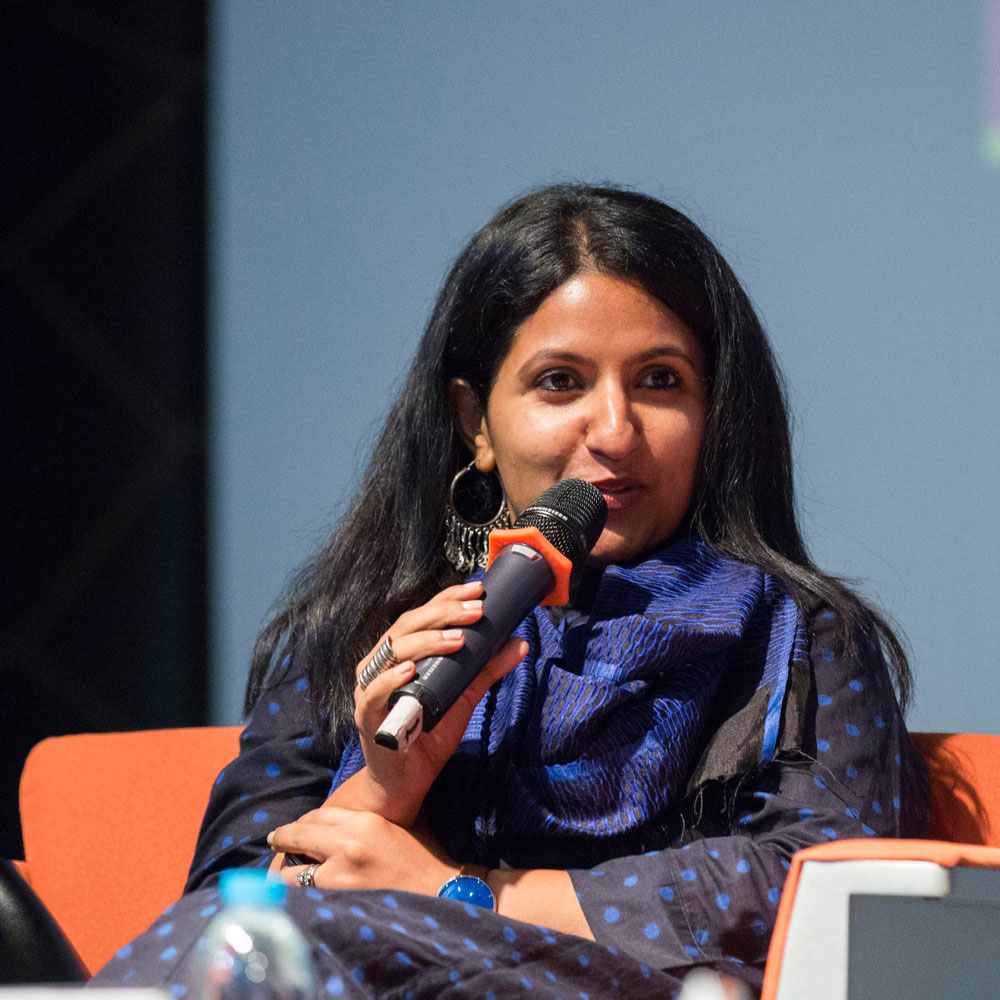 Khushnu Panthaki Hoof graduated as an architect from the School of Architecture, CEPT University. She is a partner architect at Vastu Shilpa Consultants since 2003 and the Associate Director of the Vastu Shilpa Foundation for studies & research in Environmental Design.

Her research thesis was based on the synaesthetic experience of architecture - case study : Fatehpur Sikri.

She has worked on several projects with Balkrishna V Doshi since 2003 and continues to work on extensions / preservation of some his earlier buildings. Apart from that Khushnu and her architect husband Sonke Hoof have been involved with several independent residential & institutional projects in India. Their work has been recognised and published in several magazines in India & abroad.

The main focus of their works and practice has been to create spaces which allow & encourage the permeability of environment and human behaviour into their manifestation.

Her architectural photographs have been published in many books including the cover of A+U , Japan in 2007. Her interests in toy making & hand block printed textile design add to her personality. Some of her textile designed products are available at stores across India.

In 2014 she was invited by the National Gallery of Modern Art, New Delhi, Ministry of Culture to curate the retrospective exhibition of Balkrishna Doshi titled 'Celebrating Habitat' - The Real, The Virtual & The Imaginary. This exhibition was highly appreciated by the architectural fraternity in India & elsewhere. This exhibition was also showcased at the The Power Station of Art Museum in Shanghai from July 2017 to October 2017 by invitation.

‘Celebrating Habitat’ - 4 min film & the 90 min documenary on Prof. Balkrishna Doshi was curated by her for the exhibition. This film later became the official selection at the Milano Design Film Festival in 2015.