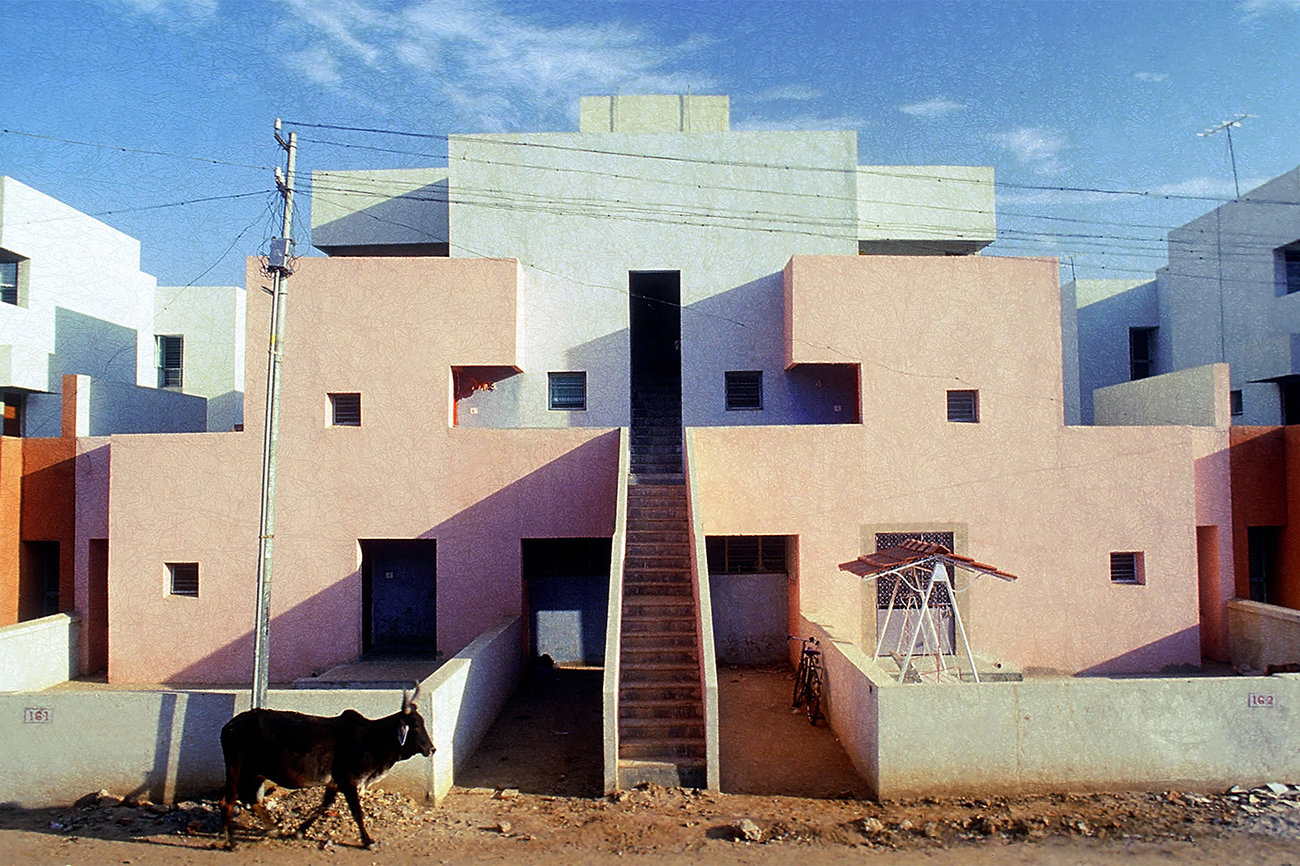 Bal Krishna is the name sometimes given to the young Hindu god Krishna. Balkrishna Doshi was named for him, when he was born in 1927.

"They wanted me to remain young," the 90-year-old architect explains, as he bursts into peals of laughter. 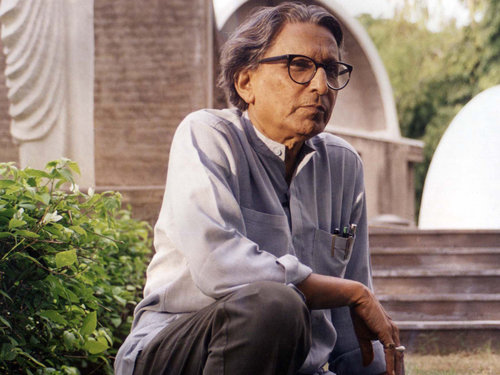 Doshi is the newest winner of the Pritzker Architecture Prize, known as the Nobel for architects.

Over the course of six decades, he has become famous in his native India as an educator who transformed practices in his field, partly by establishing several schools of architecture and design. He has built more than a hundred buildings that reflect his investment in local materials, social change and the environment. As a student and young architect himself, Doshi worked with two of the great Modernists of the 20th century: Le Corbusier and Louis Kahn.

"For me, the best lessons ever given by Le Corbusier was by drawing on my table — he was sitting on the table and drawing with me," Doshi tells NPR. "So he was showing me how people would move, how they would go, how the birds would fly through the buildings, how you would see nature, landscapes. And when he drew a sketch of a tree, you could see the tree moving. And I think those experiences have stayed with me, and connected me to my childhood and my family and my life." 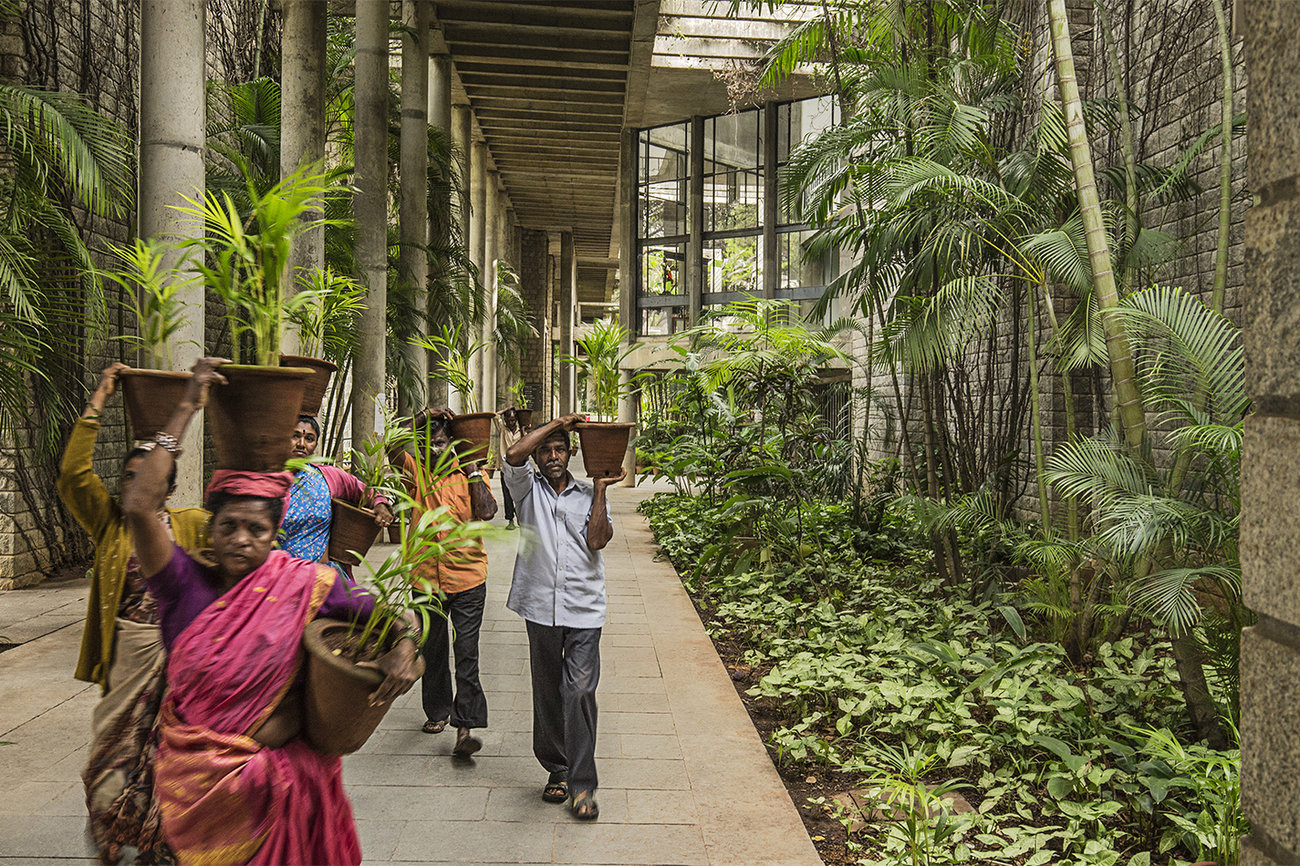 Doshi's design for Bangalore's Indian Institute of Management was inspired by traditional maze-like Indian cities and temples. Courtesy of VSP

Doshi started studying architecture in 1947, the same year India gained independence. His family built furniture, not buildings, but one of the architect's earliest inspirations was his grandfather's house, upon which new levels were repeatedly added, to accommodate three uncles and their families. 2016 Pritzker Prize Goes To Chilean Architect Alejandro Aravena

Doshi's most significant buildings over the past decades include two housing projects and at least 10 schools of higher education, ranging from the Indian Institute of Management in Lucknow to New Delhi's National Institute of Fashion Technology. 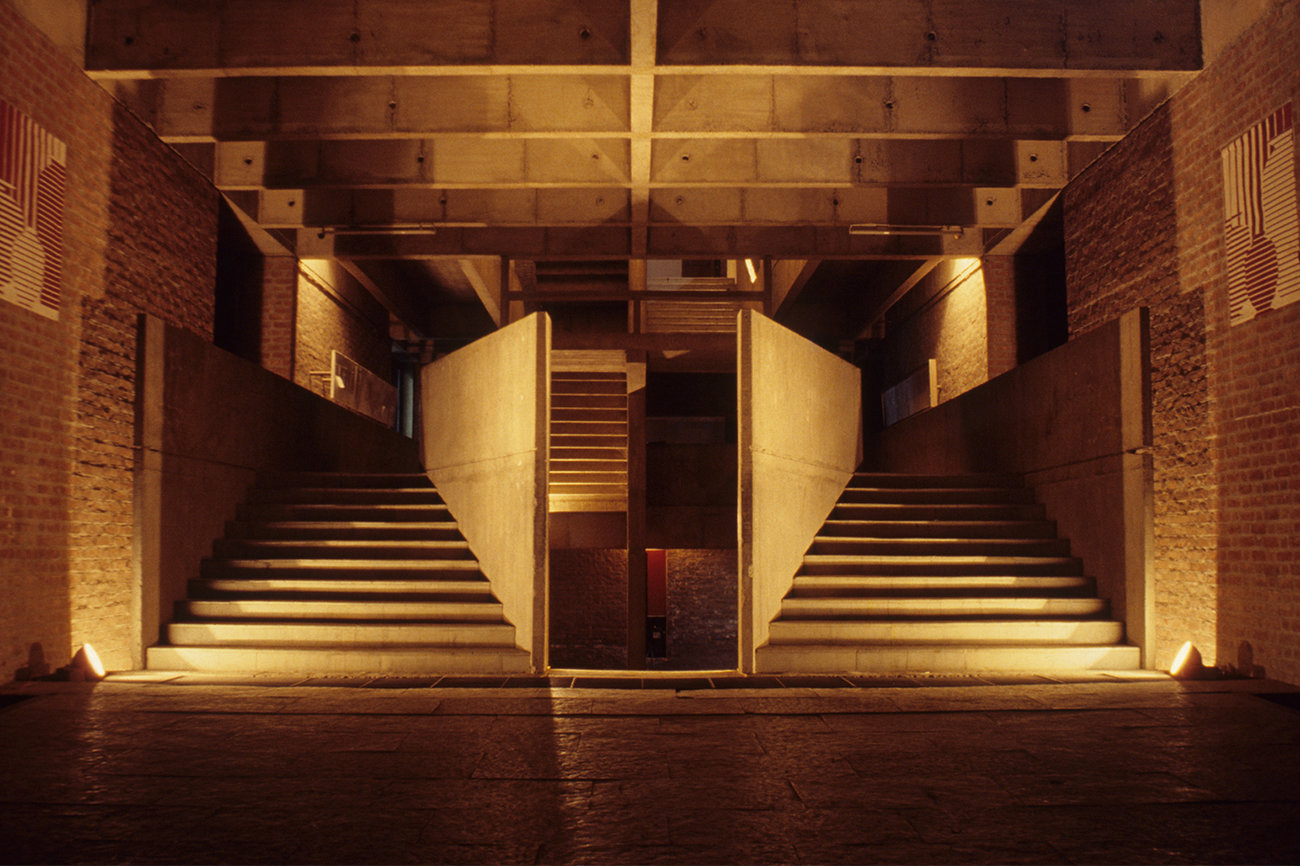 Doshi's design for Ahmedabad's Centre for Environmental Planning and Technology dates back to 1966. Courtesy of VSF

He remembers sitting outside under a tree for some of his childhood classes, so when he designs buildings meant for education, Doshi aims to connect the students with their natural environment. "We are constantly preoccupied with ourselves," he tells NPR. "And we are never aware of what goes on around us, or what the space is. And for me, [the] experiences I try to create in the work are those where people really begin to feel what is here and inside them, and what brings it out."

While giving the annual architecture lecture last year at the Royal Academy of Arts in London, Doshi remarked on the three principles that guide his work: "porosity, paradox and practice." He also compared his architecture to a celebratory Indian meal, with lots of elements meant to be consumed in any order, rather than sequentially; diners may experience the meal however they please.

As an example, Doshi pointed to his own office, Sangath, in the city of Ahmedabad, which he completed in 1980.

"You don't see the place as an office because it doesn't look like an office, really," he explains. "There's a garden. Meandering through, you don't see anybody. So you wonder whether the office has any people or not. You don't know where the entrance is. So actually, it's a surprise to discover it. But in the meantime, you change your attitude. You've forgotten the crowd. Then you are listening to the music that's going on through the small speakers around. Then you go into the office and you are ... below ground. I think it's like a journey. Architecture is a journey — a journey of discovery." 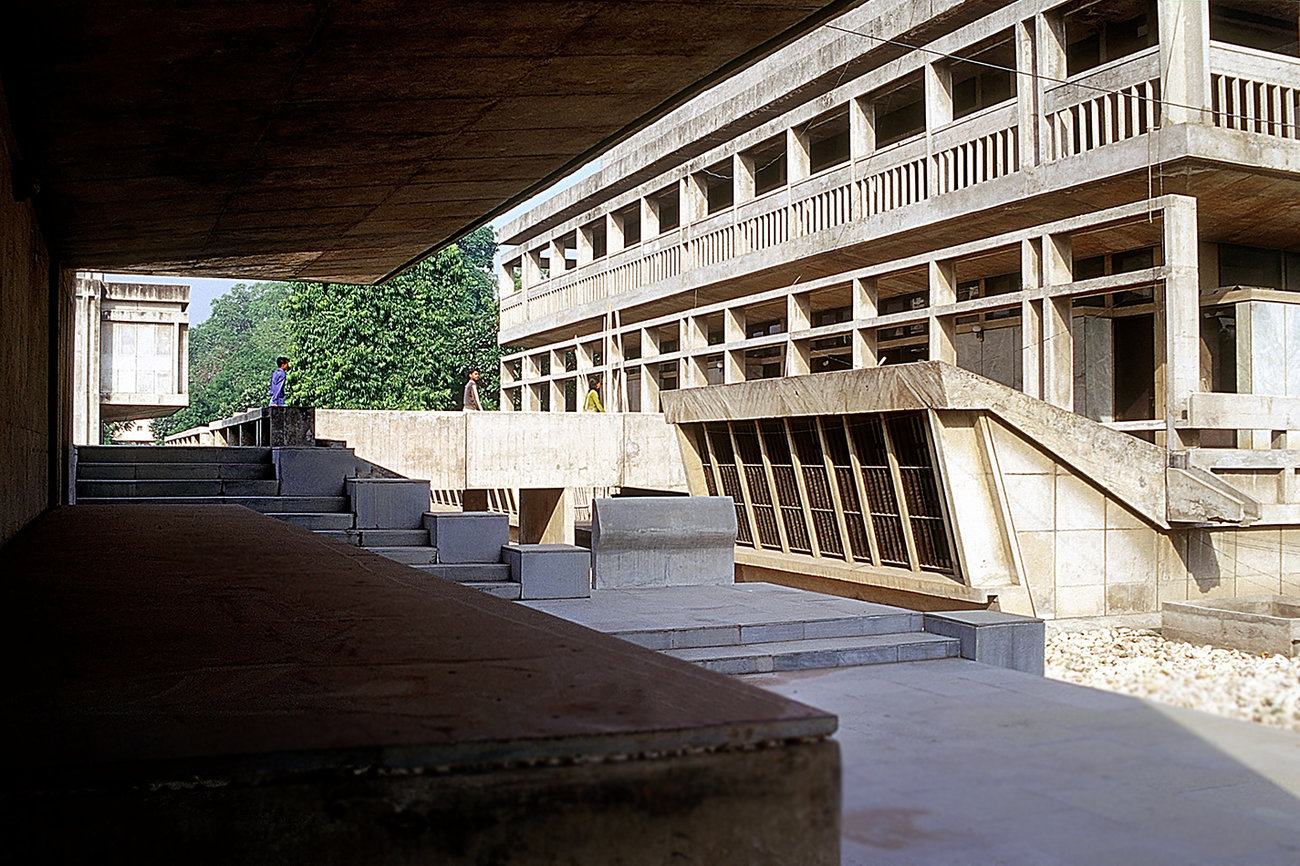 And that's exactly what he wants visitors to all of his buildings to experience.

"I want them to forget why they came. This is the way to hypnotize them," the Pritzker winner explains, his voice catching with laughter. "This is such a wonderful thing to do. Why should we take architecture seriously?"

Balkrishna Doshi believes that, like life itself, architecture should be experienced with exuberance and wonder, and with an abiding sense of its endless possibilities.