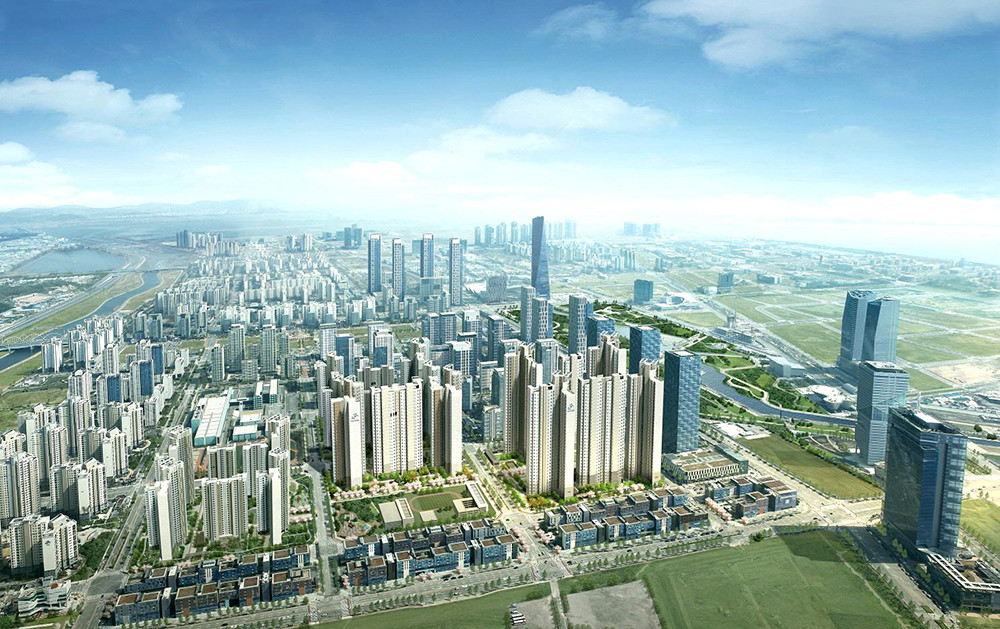 Songdo in South Korea is one of the most advanced smart cities so far constructed. Image Courtesy of Cisco

Despite being largely invented and developed by Western technology companies such as IBM and Cisco, the concept of the Smart City has been exported all over the world, with some of the most advanced implementations of smart city ideals being found from Rio de Janeiro in Brazil to Songdo in South Korea. In this interview, originally published by Indian Architect & Builder as "Perceptions of a Smart City," Morgan Campbell talks with B V Doshi and Rajeev Kathpalia about Le Corbusier, urbanization, and what it might mean to establish a smart city in India.

Shortly after coming to office in 2014, Prime Minister of India, Narendra Modi announced an urban agenda in the form of 100 new Smart Cities for the country. The idea has captured attention at home and abroad, provoking intense discourse and debate regarding the form and context into which these cities should be developed. In January of this year, the city of Jaipur hosted the first annual Architecture Festival. Crafting Future Cities is just one of many platforms for this discussion.

On the occasion of the Festival, B V Doshi and Rajeev Kathpalia of VÄstu ShilpÄ consultants sat together and discussed the meaning of the city in the Indian context. B V Doshi is known across the world as an architect, an urban planner, an academician, an institution builder and a mentor. In a career spanning across 62 years, Doshi has been instrumental in changing the discourse of architecture in post-independent India and known for his work with Le Corbusier in the 1950s.

Rajeev Kathpalia is currently involved in the designing of several institutions including Nalanda and IIM Udaipur. He considers the design approach of these campuses as seeds of our future cities. Doshi and Kathpalia are presently finishing a net zero environmental impact Master Plan for Nalanda University in eastern India. The plan is transitional, demonstrating that when a campus is integrated into the larger regional eco-system, cohesive sustainability can be achieved. 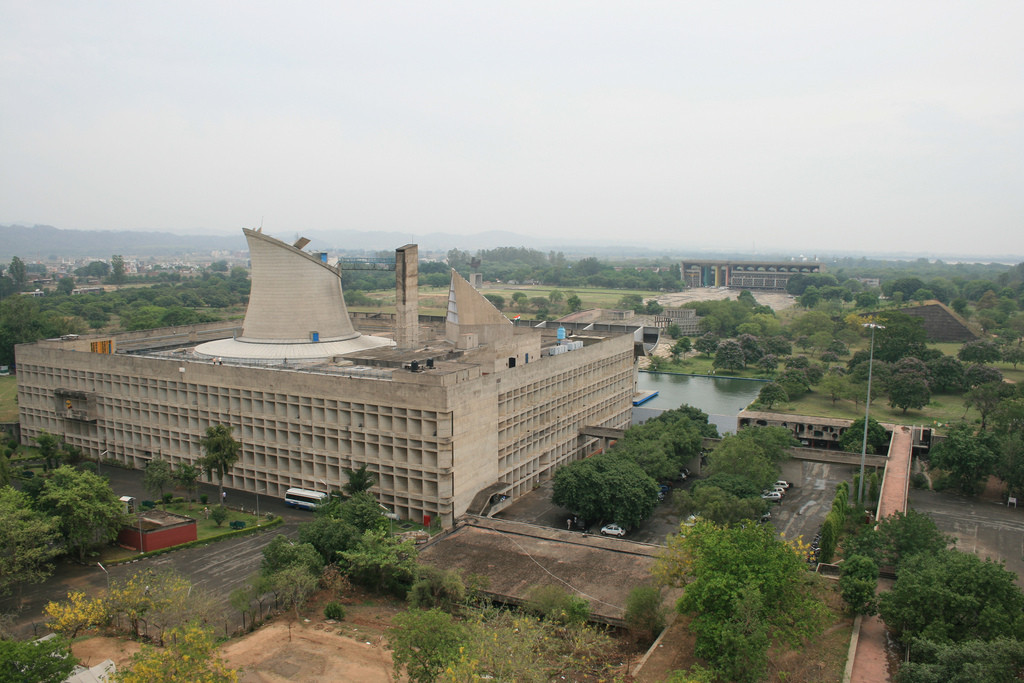 Morgan Campbell: When we talk about Modernism and Le Corbusier, we dwell on the aspect of universality and particularly the idea that the building can be anywhere; this has received a lot of criticism in the aftermath. Architectural history strives to keep up with a dichotomy between what is considered modern/postmodern and yet not universal, how does your ideology fit in against the background of this context?

B V Doshi: I believe we cannot look at architecture as merely a product because it is not what one calls a passive space, form or structure. Architecture is an extension of our body. It’s not outside of me, it is a part of me and we live within it. When you think it is part of yourself then the questions are the food you eat, the life you live, the people you meet and the world in which we live. It is an understanding of culture, aesthetics, climate and space. That’s how I understood Corbusier. He would talk about behaviour, attitudes and about climate. He spoke about the relationship between people and the building, about the space. And I think because of that my whole understanding of architecture is different.

MC: How would you describe your formal education in respect to Doshi’s approach?

Rajeev Kathpalia: I learned about Corbusier’s work when I met Doshi. When I was in Chandigarh, it wasn’t this fortress-like place and it used to be open to the people. I remember going there in my first and second year on my cycle and spending the sunset almost every day amongst the capital complex and I would think this place is very alive. In Chandigarh nobody really knows Le Corbusier, so it was another opening to understand Corbusier in a completely different way.

The sky, horizon, silhouettes, the daily cycle are elements we forget in our busy lives when we become mindful of time. I think architecture takes you away from time; it is timeless, taking you into another realm all together. Working with Doshi, I started thinking of architecture from a completely different perspective, how is it rooted in the place and what are the fundamentals that you look at? 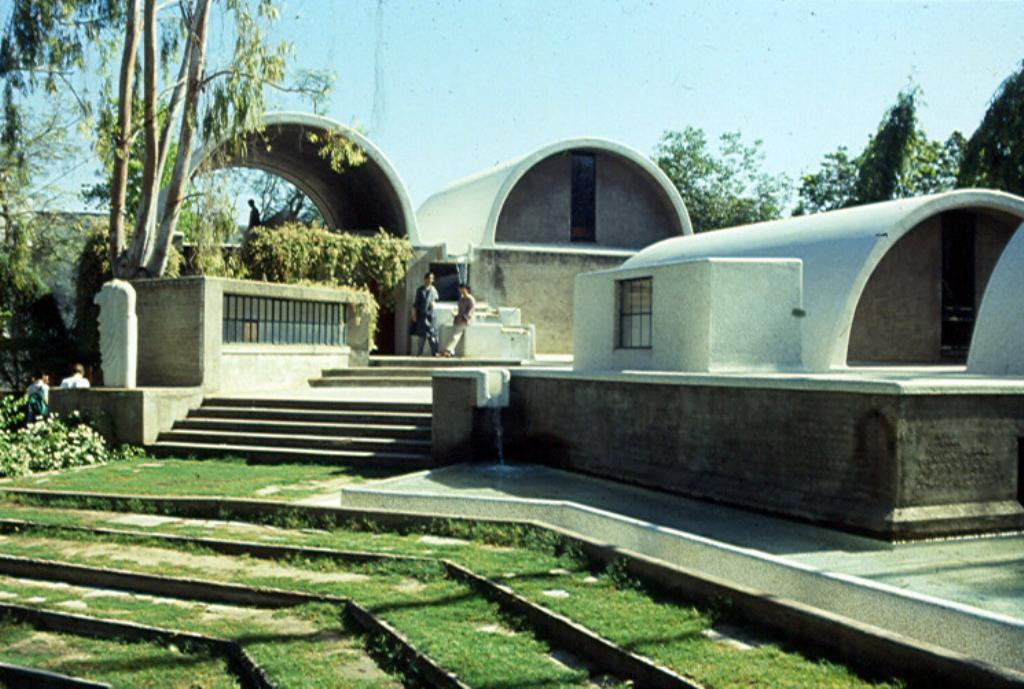 MC: What do you think is the entry point into the future city?

Doshi: I think energy is the most important thing. Energy is in everything and becomes a fundamental connector to the things for which we build a city. Whether you are single, a family or a community the question is, is that city going to energize life? Does that city have the vitality so that you are able to use your time most effectively and create the sort of life you want to have?

The next question is what kind of place would you like it to be? The place has to be good, society has to be good and workplace has to also be good and also close by. Diversity is very important in life, so whether you are working in crafts, IT or are a banker, everyone’s basic needs are the same. And one cannot assume these things without saying I feel secure here, I feel comfortable and I feel that this can be a place where I can dwell.

Rajeev: I see opportunity and growth. Whether I’m rich or poor, old or young, whether these things, this place energizes me. I think it’s important to understand that fundamental human desire and need.

The planners who are working on these Smart Cities are only talking about it as an idea without really knowing what it is. When we talk about Smart Cities, one should really ask, are you talking about economic growth? 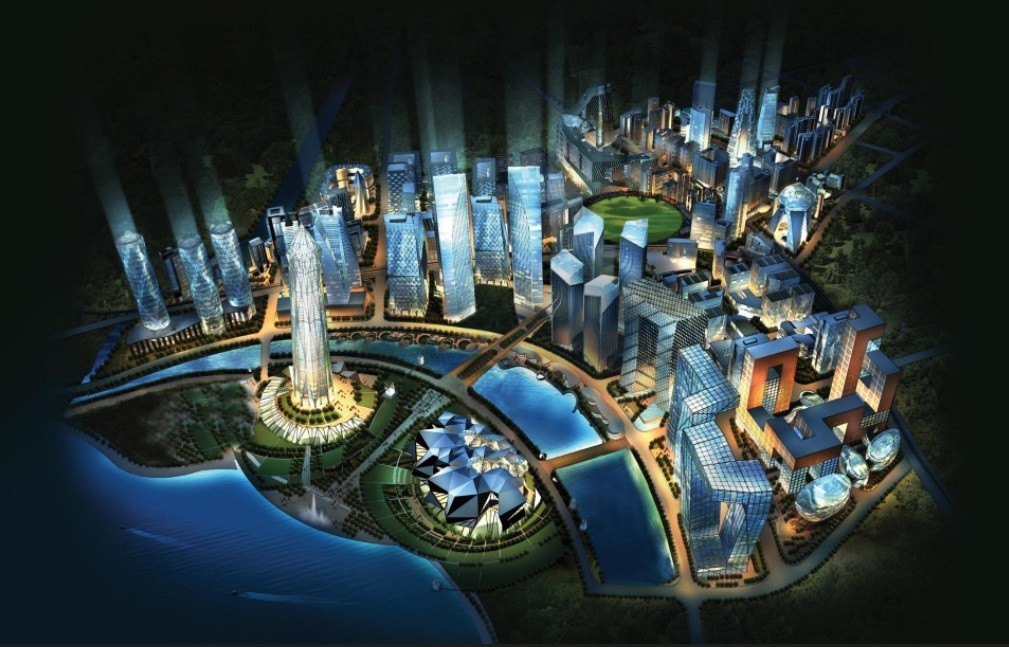 MC: It has been previously stated, about Smart Cities in India, that no economy can grow on the basis of agriculture and so it is inevitable that people will move to cities. There seems to be an assumption that buildings are only in cities, that development and technology can only be in cities. How can architects help shape a discussion around the rural?

Doshi: I think the word "Urban" needs to be redefined. Urban is when there are those facilities by which one can communicate and create, have choices and opportunities and less of a fear. If I have everything nearby, why should I go to the city, spend on transportation or have improper housing?

Rajeev: People will have the choice, to decide if they want to become part of city or stay small. Our cities, to a large extent, are not the same as what is defined as the city in the West. It is a collection of villages where everything is put together, where farming goes on. Cattle are still bred in the city so what kind of place is that? Is that a city or is that rural or is that something in between? I think we need to find our own mix and derive a definition that is specific to us.

Doshi: Now with the internet I don’t think that the world needs to be in one multi-story tower. What you need is the means to realize your dreams. I think the land pressure is actually an illusion. Who wants to be there? Why should you be close by all the time to a million people?

Rajeev: At one level, we are talking about how to achieve choices by decentralizing some things and centralizing others. We are used to cities as centralized entities and we are saying perhaps the time has come to start thinking of each place as independent and self-supporting. There are new kinds of arteries and infrastructure that are possible today. I think you can conceive of different cities of different scales or I won’t use the term cities, but rather settlements or habitats at different scales. I believe each one is complete by itself or moving toward this completion, because nothing is ever complete. This is what people will strive to do and I think that is much better than this whole top down system of delivering these 100 cities and ambitions that these cities are going to be structured around the idea of downtowns that look like Shanghai or Manhattan.

Doshi: What was the reason of the migration in India? The main basis of the diaspora, is the number choices offered by cities which invariably leave the villages starving, without those facilities.

Rajeev: If you look at the base of urbanization, most countries have changed over very quickly. Strangely this is not the case in India. There is a larger connection to the land that people feel and the legacy they carry on. Therefore, I believe it’s not going to be a huge change where suddenly everything has to become urban. 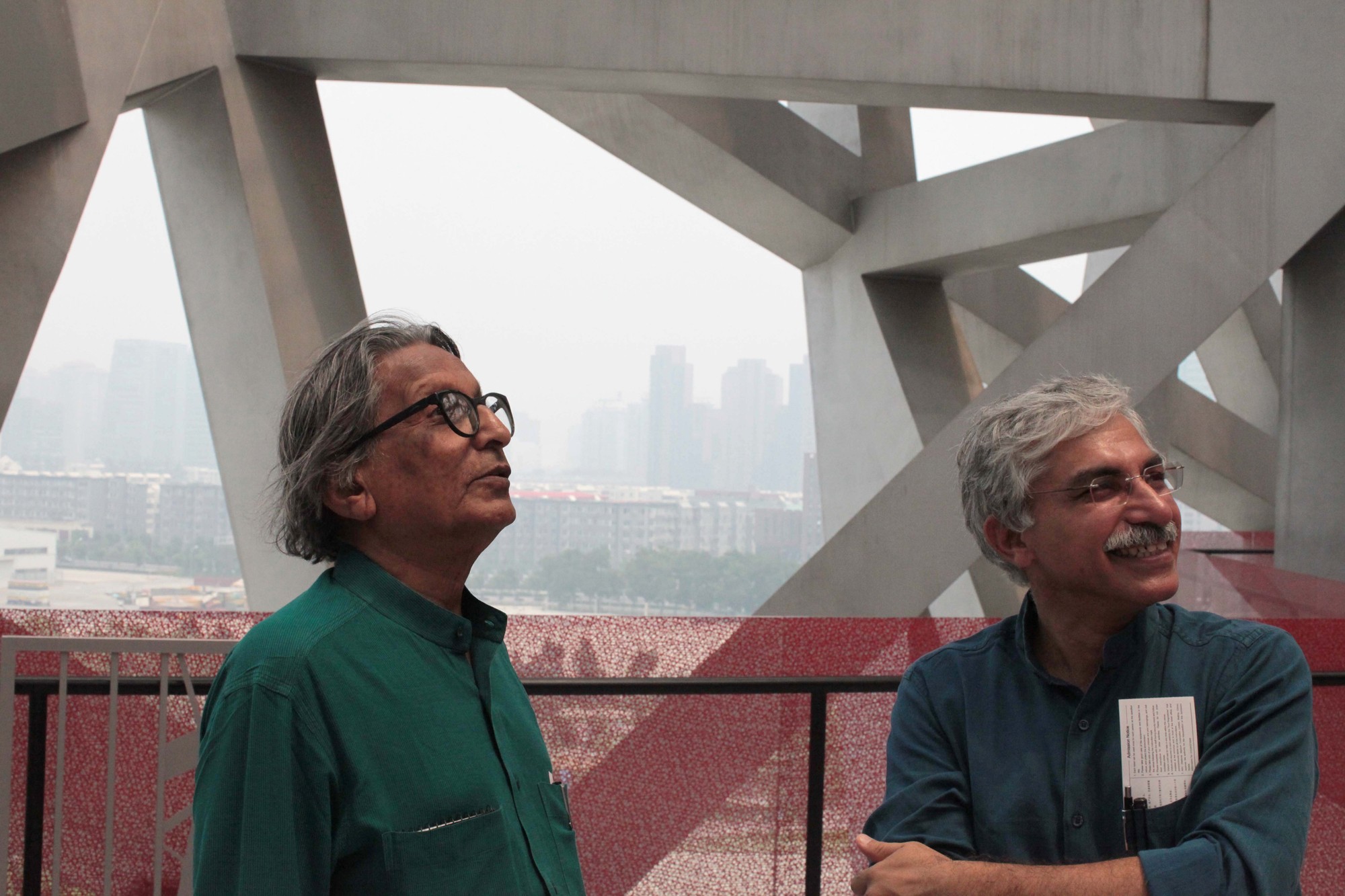 MC: What about the younger generation who is not satisfied in the village?

Doshi: They are not satisfied because they do not find the facilities they need nearby. Efficiency is not the definition of a Smart City. Diversity, healthy diversity is the definition of the Smart City. A Smart City is when I have choice and time under my command, as one. Ideal culture gives as much freedom and choice as you desire. When we are talking of a Smart City we are talking about a physical entity of a certain size and scale which will provide for everything one needs. However, no one is satisfied. They live in Bombay but they want to go in a silent, small place. They are living in a village they want to go to the big city. Rural networks will continue to work in the mental state even if one is occupying an urban space. Smart Cities would destroy any of the informality, diversity and society would become faceless.

MC: And this kind of society would also be data driven.

Rajeev: Because we have such deep-rooted connections to our past, anonymity is not relevant. Here you are talking about a traditional society which is still connected in all respects through its connection to its past and its lineage and everyone traces their connections through this lineage. Despite all the ill things about caste, it still matters. Your name gives this away. So where is this anonymity? I think what is going to happen is that the younger generation is forgetting those barriers and inter marrying, forgetting things like North, South, East, West, and that is a good thing but I think what will happen is a process on its own. I don’t think Smart Cities can help us with this. I think when you segregate and say Smart City, who can be a part of the Smart City? Who can afford it?

Doshi: Another thing one should look at is how do people feel secure? How do they connect with their colleagues or friends over a long period of time and what brings them emotional, social, economic security. If you carve those questions then you can make an open ended plan and the rest is left to chance.

Morgan: Who do we need to bring to the table?

Doshi: We need social anthropologists, philosophers, scientists, technocrats and industrialists; we need everybody of different disciplines because actually we are not talking in terms of what is the philosophy of life we are talking only in terms of efficiency. Smart Cities are making, perfecting, efficiency in terms of production and returns. But that is not what life is about.

About the author: Morgan Campbell is a 2014/15 Nehru Scholar from New York, USA, affiliated with the Delhi School of Planning and Architecture. Her work investigates gender and class dynamics within urban infrastructure, particularly transportation, and ties this to larger questions of urbanization processes.