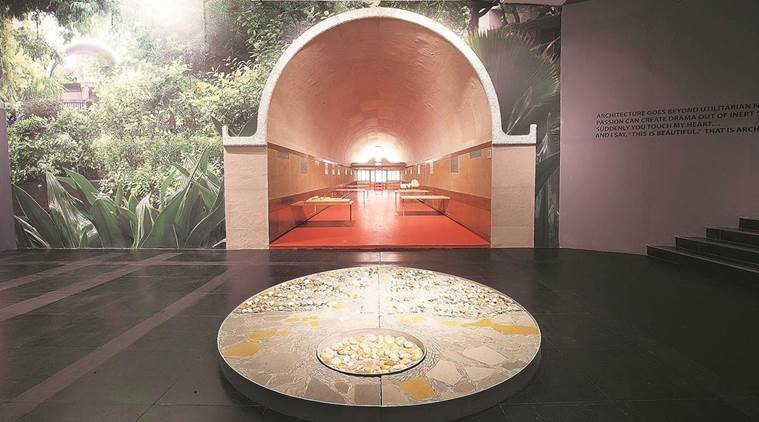 Starting July 28, for three months, Power Station of Art (PSA) in Shanghai — the first state-run museum dedicated to contemporary art in mainland China — will host a retrospective exhibition of noted architect Balkrishna Vithaldas Doshi. Spanning 60 years of his work, starting 1955, the showcase titled “Celebrating Habitat: The Real, The Virtual & The Imaginary”, is perhaps the first time that the work of an Indian architect will be showcased in China at this scale.

“Through this exhibition, I wish to explore how architecture is a dialogue. The only constant in all my buildings is that my work is never repeated,” says Doshi, 90, whose career intersperses scale of entire cities, large townships, academic campuses and individual buildings.

Curated by the architect’s granddaughter Khushnu Hoof, the exhibition that will occupy over 8,000 sq ft floor space, will trace the architect’s career from his early days. In 1955, the young graduate in architecture from JJ School of Architecture had returned to India after working with French master Le Corbusier for four years in Paris.

The showcase will share details of 28 projects by Doshi, including a 14-metre-long photo collage of landmark buildings designed by Doshi, 40 handmade wooden architecture models, 60 original hand drawings, 200 photographs and sketches, furniture, mixed media paintings and miniatures made by the Padma Shri awardee. The five large installations at the retrospective will include a replica studio of Sangath, his office in Ahmedabad, and a part of Amdavad Ni Gufa that he designed with artist MF Husain. 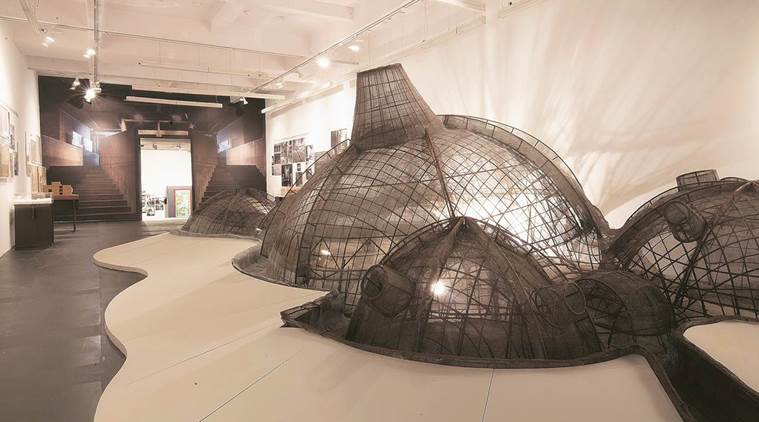 Right at the entrance, though, would be a walk-in installation based on Doshi’s house in Ahmedabad, Kamala House, built in 1961. “It was essentially an economical house, made using local material and with techniques of natural climate control,” says Hoof. She adds that the now familiar design of four central columns and a staircase seen in several of Doshi’s projects also comes from here.

“At the time of construction, one day Doshi saw a woman coming down from a staircase, with sunlight filtering from the punctures of a tin roof casting shadows. This image haunted him and his future residential projects became an exploration of four columns and a staircase,” says Hoof. She notes that the design of his architecture studio Sangath was inspired by Doshi’s childhood memories of growing up in Pune.

While a four-minute film on Doshi, directed by Ashutosh Shah and Tahir Mithaiwala, will present an intimate portrait of the architect, the exhibition also includes installations based on some of his recent projects, including the Kanoria Art Gallery in Ahmedabad, a temple complex in Pune that has been stalled, and a private manuscripts museum on the banks of river Ganga in Varanasi.

“We never talk about scale or proportion and people never get to experience real proportions. In this exhibition, through models, including a life-size door from Ahmedabad’s LD Indology Museum, drawings, installations, mock-ups, photos and interactive models, I want people to experience the buildings I have worked on,” says Doshi. He adds, “The country is trying to acquaint its people with outside influences and ideas. Through the exhibition, I want to inform them that architecture is influenced by climate, culture, tradition and lifestyle.”