Home > Learn > Latest News > B.V. Doshi: The man nature talked back to
< back

B.V. Doshi: The man nature talked back to 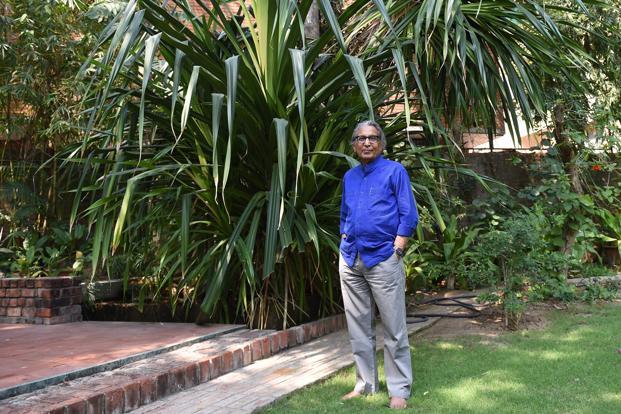 His designs and buildings are not about glitz, glamour or icons. And no, he hasn't ever built a skyscraper.

So when Indian architect Balkrishna V. Doshi, 90, was announced as the winner of the prestigious Pritzker Prize for 2018, it may have come as a surprise to some around the world. Many Indian experts, however, feel it was a recognition that was long overdue for his contribution to the world.

It is for the first time that an Indian has won what is the highest award in the field of architecture. An architect, urban planner and educator for the past 70 years, Doshi has been chosen for the award for being “instrumental in shaping the discourse of architecture throughout India and internationally”.

“It’s not that I am not attracted to skyscrapers but the style in which it’s being done and the purpose for which it is built… somehow I have no connection. If you tell me to make a vertical community place, I will do it,” he says in an interview at his residence in Ahmedabad.

Why aren't most architects building such spaces? “Simple… because it does not pay much. Also if you design low-cost housing, you can’t say ‘look I designed this low-cost housing project’,” says Doshi, who built the Aranya Low Cost Housing project in Indore in 1989. Today, 80,000 people live in the complex, a "system of houses, courtyards and a labyrinth of internal pathways", says a statement by the Hyatt Foundation, which awards the Pritzker Prize.

“Doshi does not wear the garb of a superhero. His works have been to make others more expressive. His contribution to the world is unique… his architecture is about relationships of human being to other human beings and to nature…and he has demonstrated how this combination can revitalize the frozen way of looking at architecture,” says Neelkanth Chhaya, a noted architect and former dean of the faculty of architecture at CEPT University in Ahmedabad. Doshi had founded the university in the 1960s.

Wearing a blue linen shirt, Doshi talks about his work in the lush green garden of his house, which he says is one of his best works. Born in 1927 in Pune, Doshi grew up in a joint family and studied at JJ School of Architecture in Mumbai. Over the years, he worked with masters of 20th century architecture such as Louis Kahn and Charles-Édouard Jeanneret, better known as Le Corbusier. Beginning in 1962, Doshi worked with Kahn as an associate to build Indian Institute of Management (IIM) Ahmedabad, and they continued to collaborate for over a decade.

“Kahn used to say you talk to a brick and it talks back to you. I would like to extend that by saying that I talk to nature and nature talks back to me,” says Doshi. “And nature is silent… it does not need to shout to create a sense of activity.”

On a visit to a brick kiln, the sight of a woman carrying bricks on her head while descending to a tin-roof shed with four columns left such a lasting impression on Doshi’s mind that he designed his residence around four columns.

The most important of Doshi’s work has been in low-cost housing, his interest in which can be traced back to his childhood. Once, Doshi recalls, a woman came to his grandfather, a carpenter, and narrated an incident of domestic abuse by his alcoholic husband. Doshi and his friends visited the lady’s house in a slum and found that it had no furniture at all.

“Later at school we were asked to write an essay on our life’s ambition and I wrote on how I would design cheapest furniture for the poor. Years later, when I started working on housing projects, I asked myself why I was doing it. And I made the connection to my childhood incident. Everyone has some haunting in life where deep inside you feel connected to something,” he says.

An LIC housing project in Ahmedabad that Doshi has built gives a sense of community living in the middle of the hustle bustle and high-rise buildings in a posh area of the city.

He has over 100 projects to his credit, including the famous Hussain-Doshi Gufa (now called Ahmedabad-ni-Gufa), IIM Bangalore, the CEPT University campus, Shreyas School, Bharat Diamond Bourse, the National Institute of Fashion Technology in New Delhi and the Physical Research Laboratory.

“Doshi is a role model for all architects today. Although his works are never about fanciful, glitzy or glamorous designs, he has helped shape the thinking of many generations. His buildings are not only about ‘awe’ but are about the ‘aura’ they create for times to come. What is also unique about his career is that apart from building buildings, he has also built institutions and schools and has contributed immensely his engagement with the academic world. His contribution to research is also very noteworthy,” said architect Yatin Pandya, founder director of Footprints E.A.R.T.H. He has worked for over two decades with Doshi at Vastu Shilpa Foundation, researching environmental design.

The foundation was established by Doshi in 1978 to evolve indigenous design and planning standards for built environments appropriate to the socio-cultural and environmental milieu of India. Today, it serves as an effective link between academics and professional consultants.

“Doshi has avoided trappings of creating iconic structures that are in today’s times seen as a sort of branding of a single image outlook. In world architecture you have one style that emphasises orderliness and clear organizations and the other emphasises mess and enjoys informality. Doshi’s works have bridged the gap between the two, celebrating complexity and messiness without getting romantically overawed by it,” says Chhaya.

The Pritzker Prize, he says, in recent years also shows a paradigm shift from a purely artistic to a more humanistic mode of architecture.

Doshi says that he would like to someday complete a Jain temple in Pune that he had started building along with his granddaughter Khushnu Panthki Hoof. They were unable to finish it, and the project eventually had to be abandoned.

“This project would be about my experience of going to a temple and becoming aware of what consciousness is about. Good architecture has hidden consciousness,” he says, adding that Indian architecture today lacks context, content and a message.

“Indian architecture is connected to nature as well as sustainability and is humane is character. In our culture we talk about relationships, sharing, compassion and aspirations but of higher order which has an impact on larger percentage of society. So we can ask questions that are we really following any of these, either partially or fully and are we really trying to achieve this with the kind of technologies we have now and will be available tomorrow? Can our people spend less time in commuting? Can they spend more time with their families? Will there be a way to cultivate by spirit and body within natural, quiet and nourishing surroundings?”