Exhibition of Balkrishna Doshiâ€™s works to be hosted in Shanghai 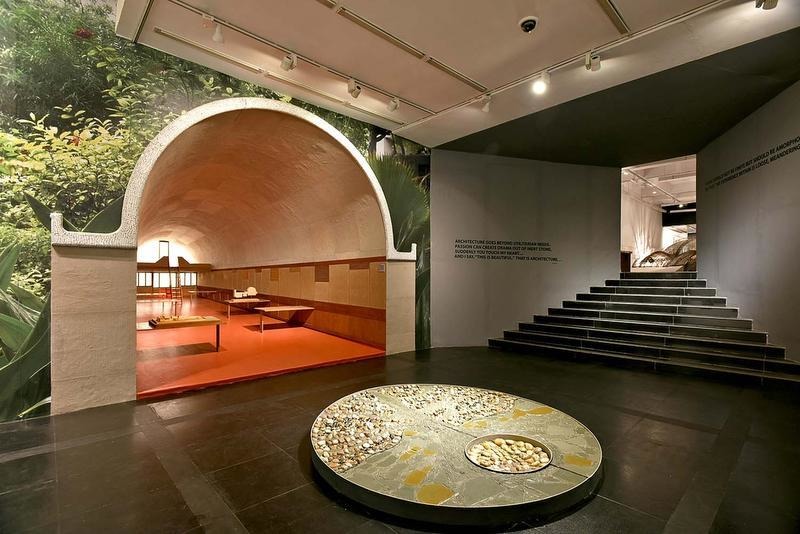 AHMEDABAD: In his journey of over six decades, renowned architect Balkrishna Doshi has undertaken several significant projects of landmark buildings - public and private - right from large townships to individual buildings, low cost housing, town planning and urban design. On July 28, a glimpse of his work over the past 60 years would be showcased in the form of a retrospective titled 'Celebrating Habitat: The Real, the Virtual and the Imaginary' at the Power Station of Art Museum in Shanghai, China. The same retrospective was first hosted at the National Gallery of Modern Arts in Delhi in 2014.

The exhibition is curated by his granddaughter, Khushnu Hoof, who has picked up a few from Doshi's many exhibits. The exhibition will include life-size photographs of Aranya - a low-cost housing colony in Indore for which Doshi came up with a Lego block concept, Sangath studio - from his architectural practice in Ahemedabad, Amdavad ni Gufa, Kamla House and the doors of Visual Art Centre and LD Institute of Indology in Ahmedabad. "The full-scale mock-ups will help recreate the essence of the physical manifestation, which helps re-represent a new way of connecting and generating new experiences and let the audience experience an illusion of actually being at the place," said Khushnu.

Among the other buildings are Toronto City Hall which was designed in 1959, Kuwait Assembly, Vidyadharnagar in Jaipur and Khargar Node at Navi Mumbai, among others. Apart from the building design and photographic installations and wooden architectural models, furniture, hardware designed by him and miniature paintings would also be put on display, at the exhibition which will last for three months.

"The idea behind putting up real proportions of the images is to let people relate to the space and induce a dialogue. To let people experience an architectural space, we've used music which is explicitly composed for each of the installations to bring it alive," said Doshi.

What is peculiar about the exhibition is that the exhibits are not arranged in a chronological fashion and instead grouped discretely in a way that people walking through the exhibition would get to experience a given building designed by Doshi. "Architecture can never be passive, it rather brings a space alive," he added.

The exhibition would later also be taken to other major cities at Mainland China, the discussions for which are under way, said Doshi.