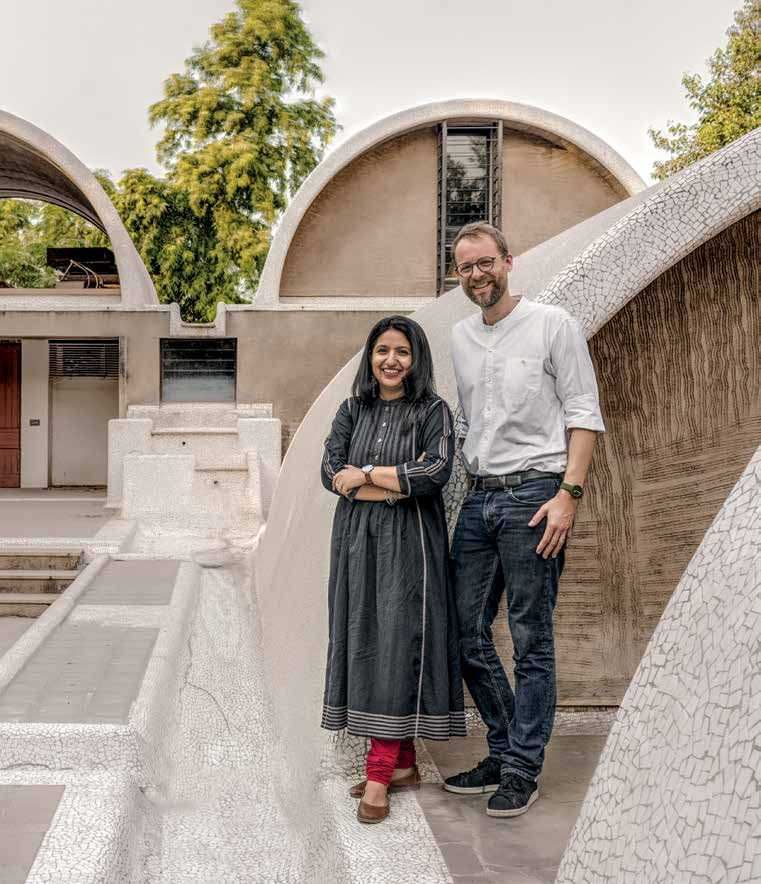 Get to know the scions of Indian design and architecture making a mark with their sharp acumen and astute trendspotting prowess.

Coming from two different parts of the world, Khushnu, 37 and Sonke, 43 share a common love for architecture and design. Growing up in a family of architects, and with her grandfather, Prof BV Doshi’s influence, Khushnu knew exactly what she wanted to be early on in her life. Spending her summers with and later living with her grandparents in Ahmedabad while studying in CEPT further heightened her interest in the field. For Sonke, he realised his love for design when he was introduced to German-American architect, Ludwig Mies van der Rohe and the legend’s projects while in school. Talking to Khushnu and Sonke – who first met in Ahmedabad back in 2003 at the International Habitat Design Studio – we see how similar their design sensibilities and ideas are along with their combined approach to new projects.

Khushnu Panthaki Hoof I get inspired even when I’m on the road – I will just stop the car and take a photo of whatever fascinates me. It is about surrounding yourself with objects and even people. If I see a music concert or a dance performance I will get ideas, I’m literally living it.

My grandfather has given me the best piece of advice: If you keep pushing and are true to yourself, you will find your own way. You’re destined to go somewhere and if you work hard, nothing will stop you.