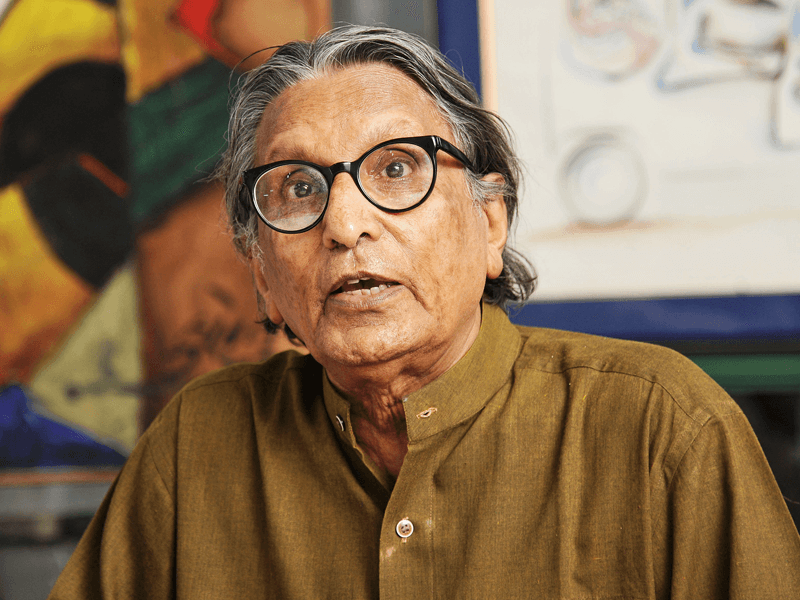 WASHINGTON: Balkrishna Doshi, the legendary Indian architect who designs not just buildings but institutions, is being honored with the Pritzker Architecture Prize, the Nobel equivalent for the field, it was announced on Wednesday.

The Pune-born Doshi, who is 90, is the first Indian to receive the honor, the highest in the profession. Previous winners include world-renowned architects like Zaha Hadid, Frank Gehry, IM Pei, and Shigeru Ban.

"Over the years, Balkrishna Doshi has always created an architecture that is serious, never flashy or a follower of trends. With a deep sense of responsibility and a desire to contribute to his country and its people through high quality, authentic architecture, he has created projects for public administrations and utilities, educational and cultural institutions, and residences for private clients, among others," the Pritzker jury said in its announcement.

An alumnus of the JJ School of Architecture in Mumbai, Doshi worked with the legendary Le Corbusier in Paris in the 1950 before returning to India to supervise the architect's projects. He established his studio Vastu-Shilpa (environmental design) in 1955 and worked with Louis Kahn and Anant Raje in designing the campus of the Indian Institute of Management, Ahmedabad. He would go on to design IIMs in Bangalore and Lucknow, the National Institute of Fashion Technology, Tagore Memorial Hall, the Institute of Indology in Ahmedabad, among other fine campuses and buildings across India, besides many low-cost housing projects.

"My works are an extension of my life, philosophy and dreams trying to create treasury of the architectural spirit. I owe this prestigious prize to my guru, Le Corbusier. His teachings led me to question identity and compelled me to discover new regionally adopted contemporary expression for a sustainable holistic habitat," Doshi said in response to the honor.

Doshi came from a family of furniture makers, and in one interview he credited his early architecture inspiration to his grandfather's house, upon which new levels were repeatedly added to accommodate a large joint family of three uncles and their families.

"I always sensed the space as alive," Doshi recalled in that interview to National Public Radio. "Space and light and the kind of movement that gets into the space for me are very, very significant. That's what generates a dialogue. That's what generates activities. And that's where you begin to become part of life. My architecture philosophy is: Architecture is a backdrop for life."

Another time, he compared his architecture to a celebratory Indian meal, with lots of elements meant to be consumed in any order, rather than sequentially; diners may experience the meal however they please.

"Doshi’s architecture explores the relationships between fundamental needs of human life, connectivity to self and culture, and understanding of social traditions, within the context of a place and its environment, and through a response to Modernism," the Pritzker jury seconded.

"Childhood recollections, from the rhythms of the weather to the ringing of temple bells, inform his designs. He describes architecture as an extension of the body, and his ability to attentively address function while regarding climate, landscape, and urbanization is demonstrated through his choice of materials, overlapping spaces, and utilization of natural and harmonizing elements," it added.

Doshi will travel to Toronto in May to receive the Prize and give a public lecture.