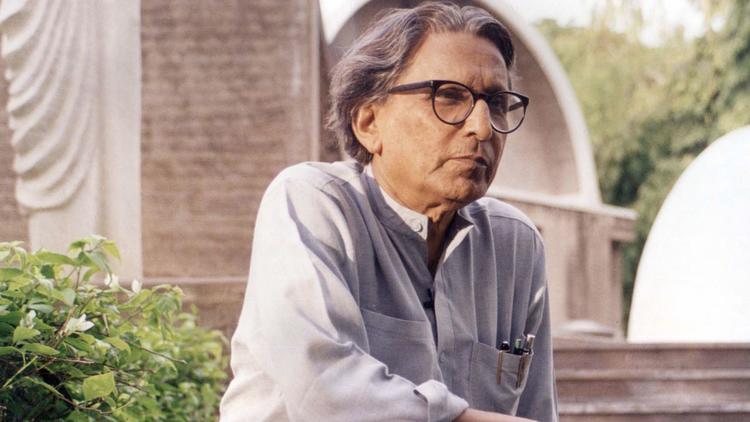 Balkrishna Doshi, the winner of this year’s Pritzker Prize for architecture. VSF

Balkrishna Doshi doesn’t talk just about his buildings. This architect, urban planner and educator talks about how his buildings aim to foster a sense of community, how space can promote inner peace, how cities can contribute to the health of a society.

Considered a pioneer of low-cost housing, Mr. Doshi, 90, is thrilled to have been awarded the 2018 Pritzker Prize, architecture’s highest honor, which was announced on Wednesday. He is the first laureate from India, and worked with the 20th-century masters Le Corbusier and Louis Kahn.

“It is a very wonderful thing that happened,” he said in a recent telephone interview from his home in Ahmedabad, a city that was once the center of the nonviolent struggle for Indian independence. The award will be bestowed on Mr. Doshi, the 45th laureate, at the Aga Khan Museum in Toronto in May.

But Mr. Doshi’s 70-year career has always been about much more than prizes — of which he nevertheless has many — or international renown, of which he had relatively little, given that he is not a household name. 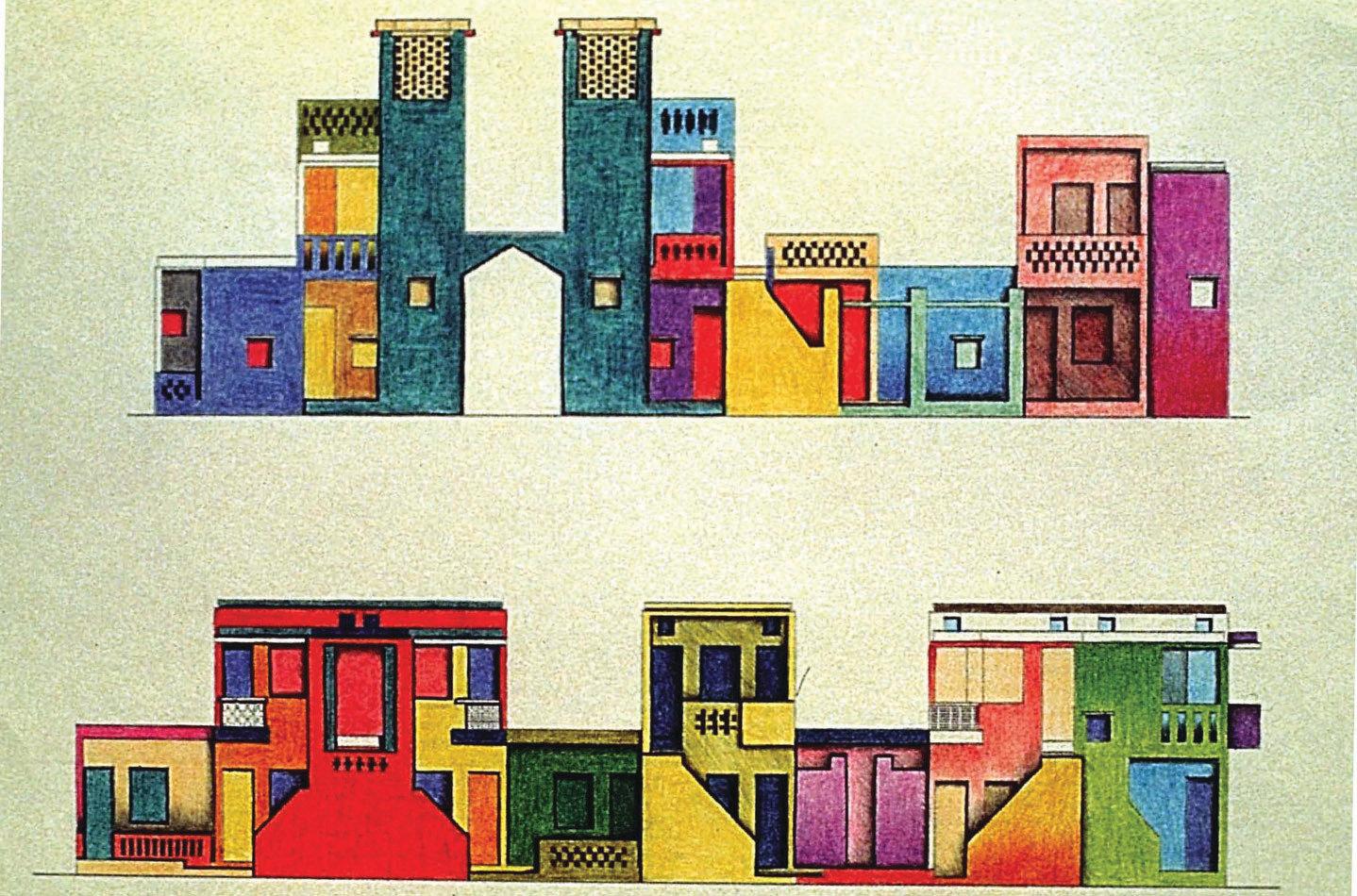 Rendering of Aranya, a low-cost housing complex of houses, courtyards and pathways that aims to empower “the have-nots to realize their dreams through ownership,” Mr. Doshi said, “improving their quality of personal and community life.” VSF

Mr. Doshi has been consumed with larger issues like social good and sustainability. And he bemoans a culture and profession that he sees as overly concerned with the bottom line. “One is all the time looking at financial returns — that is not only what life is,” he said. “I think wellness is missing.”

What Mr. Doshi means by “wellness,” he said, are considerations like how we can “connect with silence”; how “life can be lived at your own pace”; and “how do we avoid the use of an automobile.”

The architect has brought this type of philosophical thinking to projects like his Aranya Low Cost Housing in Indore (1989), where more than 80,000 low- and middle-income residents now live in homes ranging from modest one-room units to spacious houses, with shared courtyards for families.

He also designed mixed-income housing for a life insurance corporation in Ahmedabad (1973), which combines income groups on three floors of a pyramidal housing block approached through a common staircase. The Vidhyadhar Nagar Master Plan and Urban Design in Jaipur (1984) features channels for both water harvesting and distribution. (The Vidhyadhar housing plan recalled Mr. Doshi’s work with Le Corbusier in Chandigarh, with its wide central avenues, and a study of Jaipur’s Old City.)

“Housing as shelter is but one aspect of these projects,” the Pritzker jury said in its citation. “The entire planning of the community, the scale, the creation of public, semipublic and private spaces are a testament to his understanding of how cities work and the importance of the urban design.”

Mr. Doshi’s emphasis on communal spaces is reflected in his own work studio, Sangath (roughly translated as “moving together”), which includes a garden and outdoor amphitheater, spaces designed to foster the exchange of ideas. The mosaic tile in his studio also appears in the undulating roof of Mr. Doshi’s underground art gallery in Ahmedabad, Amdavad ni Gufa (1994), which features the artwork of Maqbool Fida Husain. 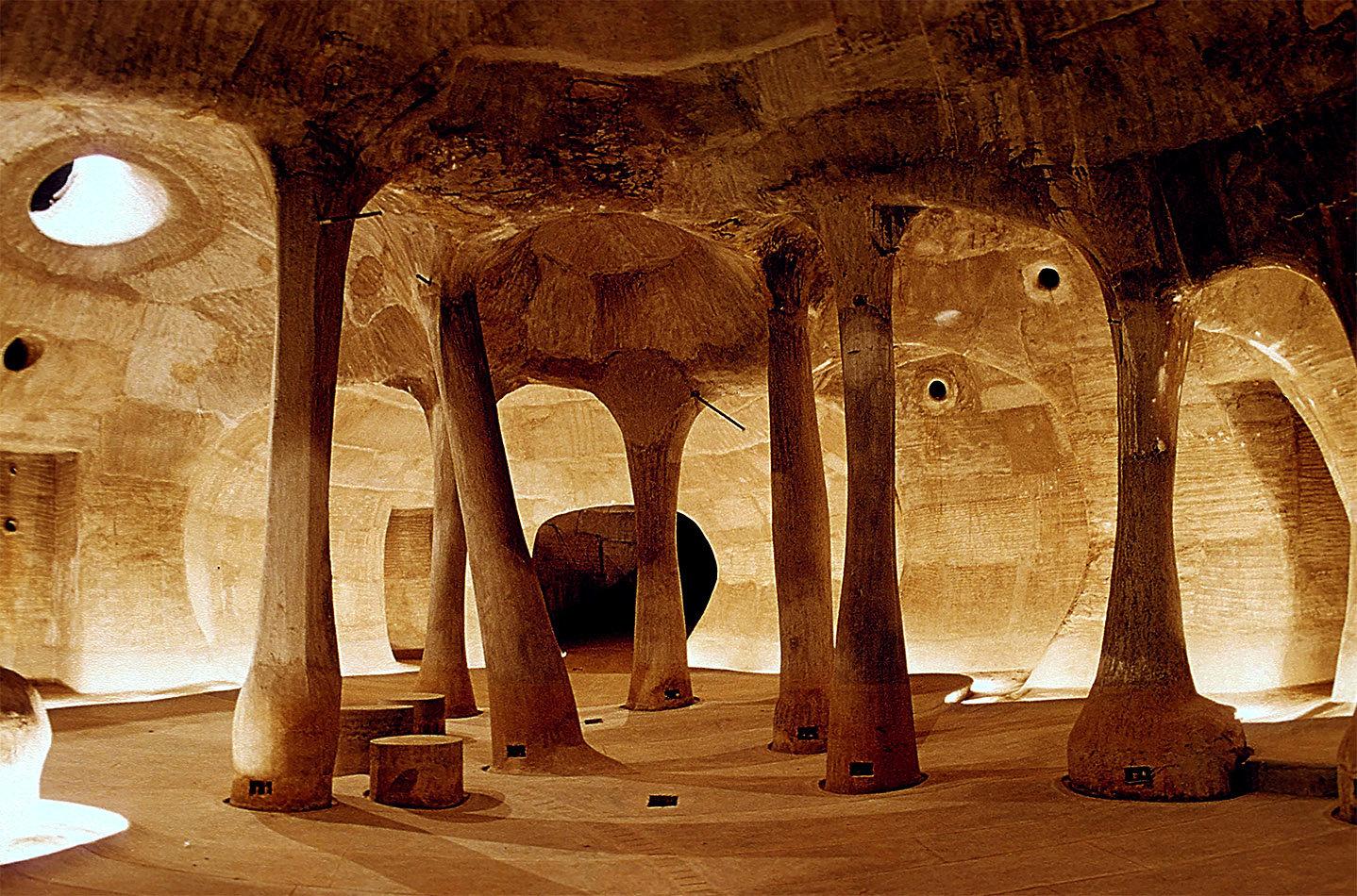 The undulating underground art gallery Amdavad ni Gufa in Ahmedabad (1994) features the work of Maqbool Fida Husain. Mr. Doshi called it “a challenge between an artist and an architect to give birth to the most unexpected.” VSF

Mr. Doshi described the gallery project as “a challenge between an artist and an architect to give birth to the most unexpected.”

Education is central to Mr. Doshi’s work; he has taught and lectured all over the world. The architect said he has founded six schools, including the School of Architecture and Planning in Ahmedabad (1966-2012), where he is the dean emeritus. It was renamed CEPT University in 2002.

His educational buildings include the Indian Institute of Management, Bangalore (1977-92), a series of interwoven streets, courts and classrooms inspired by traditional, mazelike temple cities in southern India.

Born in Pune, India, in 1927, Mr. Doshi began his architecture studies in 1947 at the Sir JJ School of Architecture in Mumbai.He then moved to London and to Le Corbusier’s atelier in Paris, where in the 1950s he helped work on Chandigarh, the experimental Modernist city about 150 miles north of New Delhi. Mr. Doshi ultimately settled in Ahmedabad, where he helped supervise the construction of Le Corbusier’s Mill Owners’ Association Building (1954) and worked on other Corbusier projects, including the Sarabhai House in Ahmedabad (1955).

In 1956, Mr. Doshi founded his own practice, Vastushilpa — now Vastushilpa Consultants — which has five partners and 60 employees.

The firm’s more than 100 projects include the Indian Institute of Management, Ahmedabad (1962), on which Mr. Doshi worked as an associate for Louis Kahn — an occasional collaboration that lasted more than a decade.

His work is deeply evocative of Indian history and culture, drawing on the grandeur of shrines and temples, the bustle of city streets and the local materials from his grandfather’s furniture workshop. 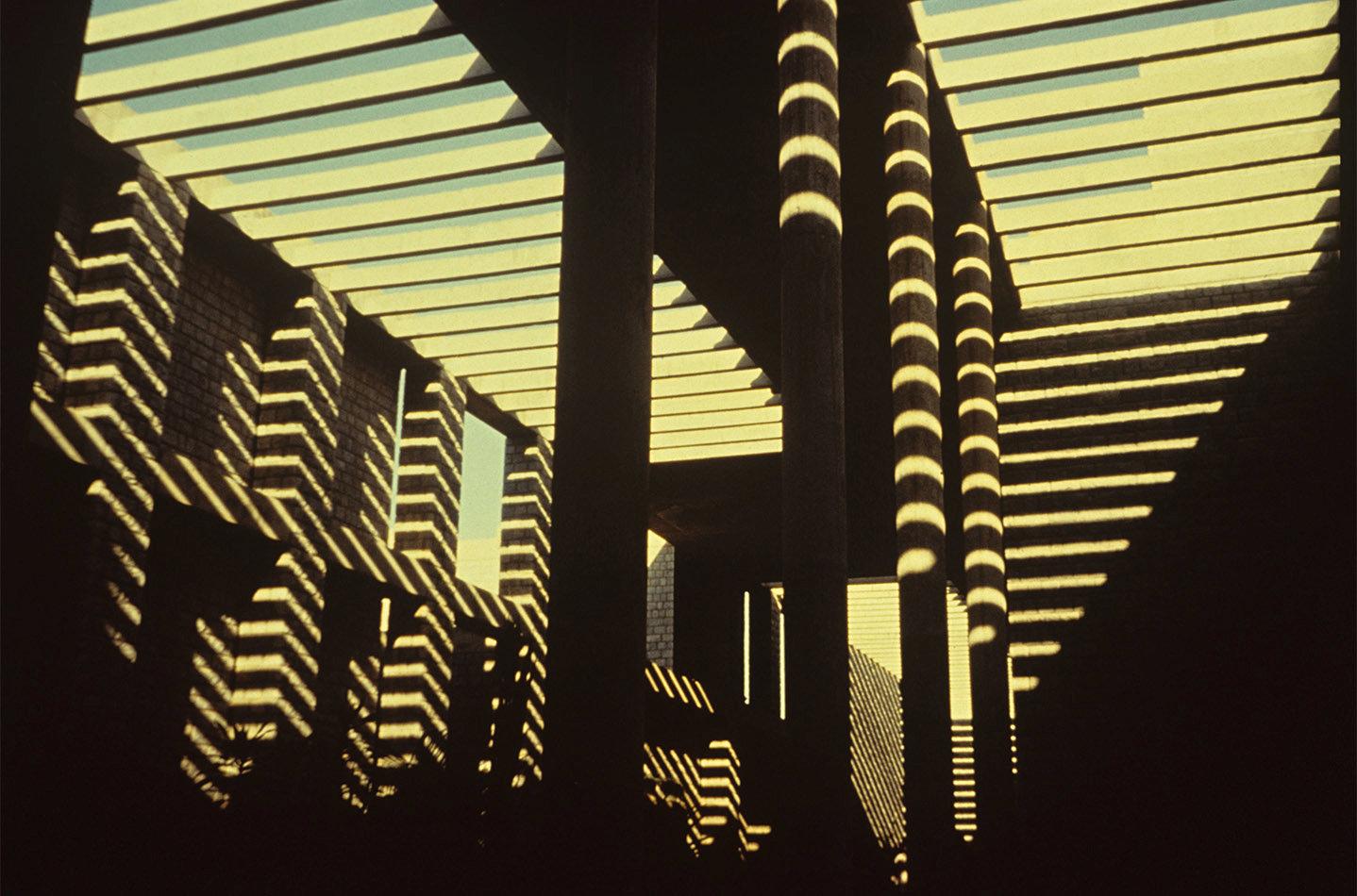 He does not set out to design an iconic structure. Rather, Mr. Doshi approaches his projects with an eye toward seeding miniature societies that its residents can expand and animate over time.

“Architecture is not a static building — it’s a living organism,” he said. “How do we add on coffee shops, restaurants, bookshops, so you can use the building? Can we bring life into what we create?” 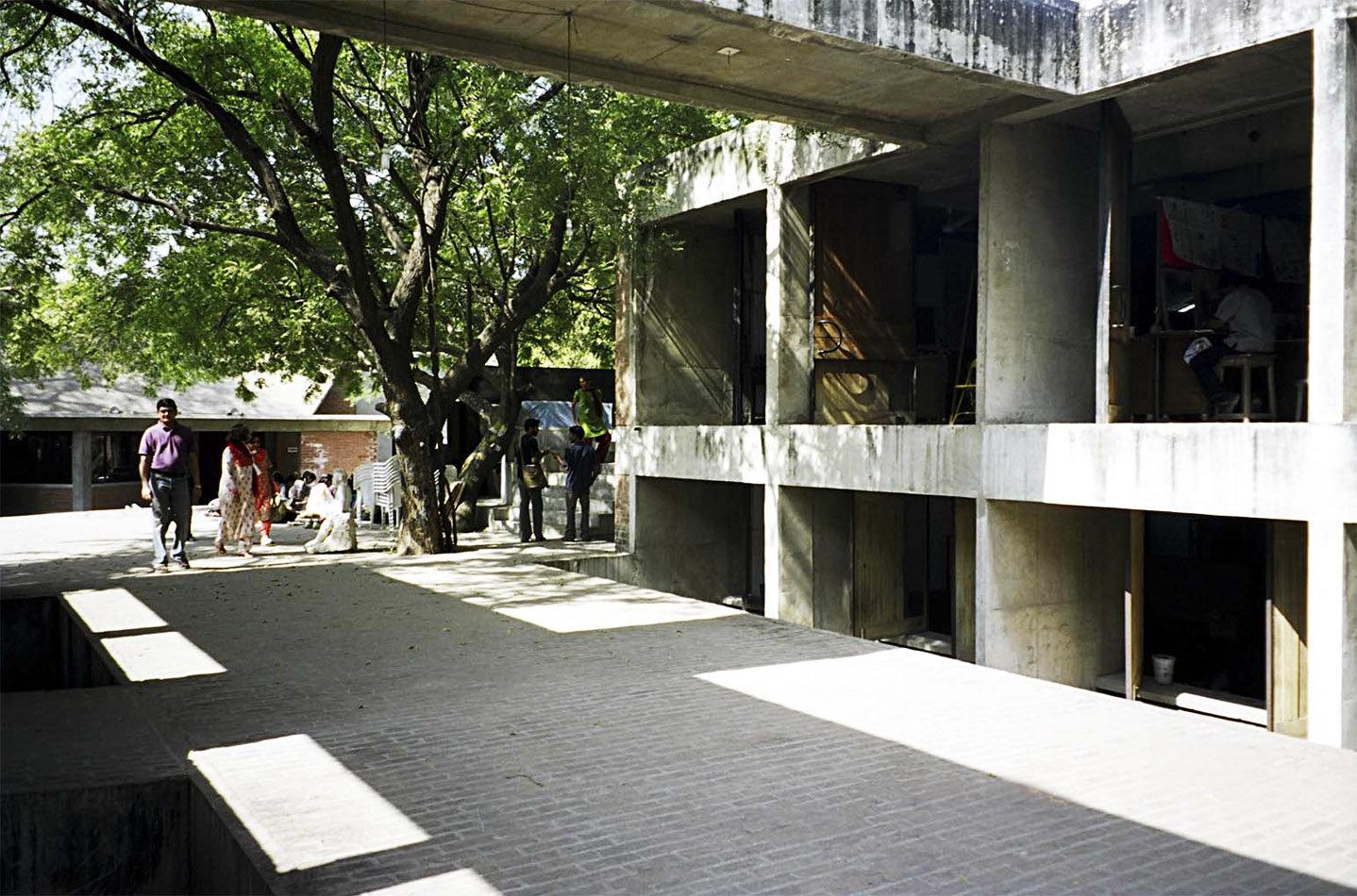 Formerly known as the Center for Environmental Planning and Technology, now CEPT University, in Ahmedabad, India. Mr. Doshi called it a “frugal campus built on a brick kiln” where the lack of physical boundaries induces “formal and informal exchanges.” VSF