Home > Learn > Latest News > In a first for Pritzker Prize, architecture award goes to an Indian architect
< back

In a first for Pritzker Prize, architecture award goes to an Indian architect 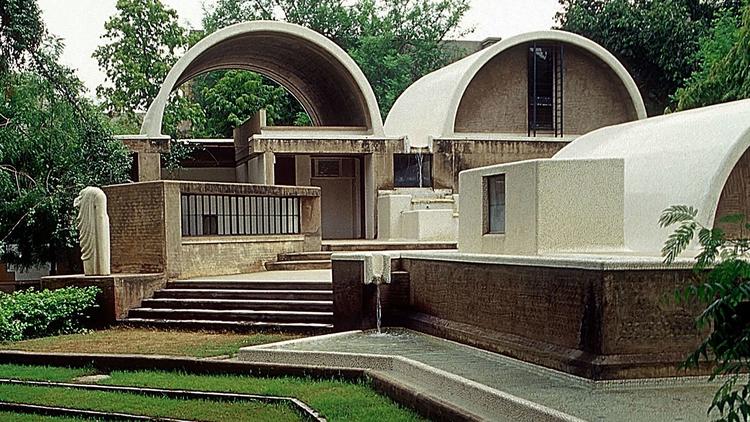 Indian architect Balkrishna Doshi has won the 2018 Pritzker Architecture Prize. The Sangath Architects Studio is one of more than 100 buildings to his credit. (VSF)

Arenowned Indian architect and educator on Wednesday was named the first architect from his country to win the field’s highest honor, the Pritzker Architecture Prize, which is bestowed by Chicago’s billionaire Pritzker family.

Little known in the U.S., 90-year-old Balkrishna Doshi has won a global reputation in architectural circles for designs that transform the universal language and robust materials of 20th century modernists Le Corbusier and Louis Kahn, for whom he worked, into buildings rooted in local sensibilities and circumstances.

Doshi “constantly demonstrates that all good architecture and urban planning must not only unite purpose and structure but must take into account climate, site, technique, and craft, along with a deep understanding and appreciation of the context,” the nine-member jury that awards the prize said in its citation.

The jurors also praised Doshi for creating “an architecture that is serious, never flashy or a follower of trends.”

First presented in 1979, the Pritzker Prize is given annually to recognize "consistent and significant contributions to humanity and the built environment through the art of architecture." In light of Doshi’s age, it is the equivalent of a lifetime achievement award. Like previous winners, he will receive $100,000 and a bronze medallion. The award will be presented in Toronto in May.

With more than 100 buildings to his credit, Doshi is known for dealing creatively with conditions in his country, the world’s second-most populous, which is infamous for its overcrowded slums.

His projects include a low-income housing development that is said to effectively accommodate 80,000 people in a network of houses, courtyards and internal pathways. His design studio consists of a cluster of buildings, some with vaulted roofs, that are enlivened by grassy terraces and reflecting ponds. The jury singled out his Indian Institute of Management in Bangalore, which was built from 1977 to 1992, saying the architect “has created spaces to protect from the sun, catch the breezes and provide comfort and enjoyment in and around the buildings.”

The architect is equally well-known for shaping dialogue about his field. He founded and directed the School of Architecture and Planning in Ahmedabad, which was renamed CEPT University in 2002. His numerous overseas teaching posts include a visiting professorship at the University of Illinois at Urbana-Champaign. 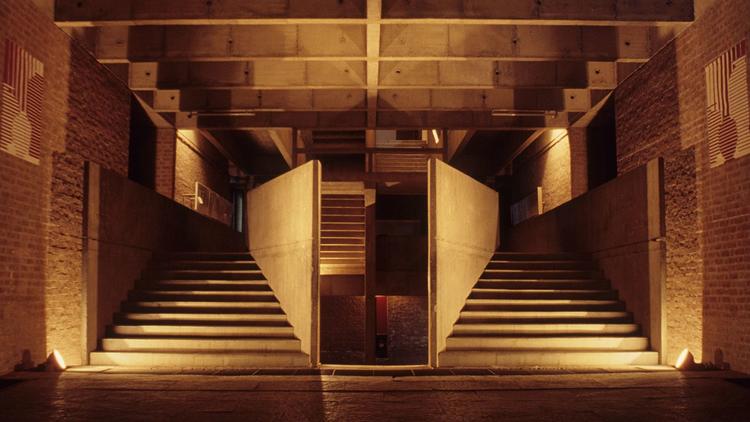 In an interview, Harvard urban planning professor Rahul Mehrotra, who studied at the Ahmedabad school, called Doshi and the late Charles Correa India’s leading architects after it won independence from Britain in 1947.

“Besides the importance of Doshi’s work and his contribution as a first-generation post-independence India architect,” Mehrotra said, “the recognition of Doshi also signals a recognition of the importance of the questions and issues that architecture in India raises for the rest fo the world — namely, how to address the aspirations of a deeply traditional society in the rapidly transforming globalized world.”

Born in 1927 into a family involved in the furniture industry, Doshi began studying architecture in 1947 and later moved to London. He returned to India to oversee projects by Le Corbusier, the Swiss-born French architect, in Ahmedabad and Chandigarh, the planned city that includes a cluster of monumental government buildings made of rough-edged concrete.

In the 1960s, Doshi worked with the Philadelphia-based Kahn on the Indian Institute of Management in Ahmedabad, where circles and other geometric shapes are cut into thick brick walls.

While his subsequent work reflects the influence of Le Corbusier and Kahn, Doshi has developed his own language, the jury said in its citation. It added: “With an understanding and appreciation of the deep traditions of India’s architecture, he united prefabrication and local craft and developed a vocabulary in harmony with the history, culture, local traditions and the changing times of his home country.”

Because of the prestige and high profile associated with the Pritzker Prize, it is often generates controversy and could again this year. Doshi served on the 2007 Pritzker jury that awarded the prize to London architect Richard Rogers. Rogers was on this year’s jury that gave the prize to Doshi.

Asked in an email whether Rogers had recused himself to avoid the appearance of a conflict of interest, Martha Thorne, the prize’s executive director and a former Art Institute of Chicago architecture curator, replied:

“I can tell you that all jurors are open, honest, and forthright, especially in the case of relationships — of any kind — with a potential candidate. I think you can feel assured that there was no impropriety in the deliberations, because the 2018 laureate served on the jury 11 years ago.”

The last American architect to win the Pritzker was Thom Mayne, of Los Angeles, who won in 2005. A Chicago architect has never won the prize.