Home > Learn > Latest News > Pritzker winner Balkrishna Doshi: A man who can think beyond boundaries
< back

Pritzker winner Balkrishna Doshi: A man who can think beyond boundaries 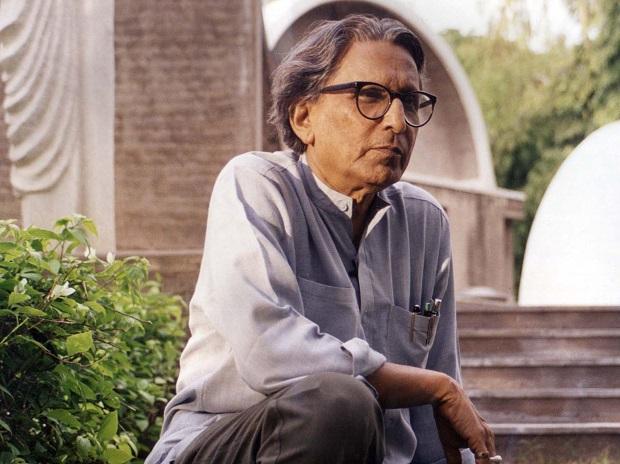 Noted architect Balkrishna V Doshi, now 90, has been awarded the annual Pritzker Prize, also referred to as the equivalent of the Nobel Prize for this profession. He is the first Indian to win this award, instituted in 1979 by an American entrepreneurial family.

Apart from the global recognition, the award comes with a cash award of $100,000. The ceremony will be in May, at Toronto.

“Balkrishna Doshi has always created an architecture that is serious, never flashy or a follower of trends,” said the Pritzker jury.

Also, that Doshi “constantly demonstrates all good architecture and urban planning must not only unite purpose and structure but must take into account climate, site, technique, and craft, along with a deep understanding and appreciation of the context in the broadest sense”.

Over a career spanning six decades, the Ahmedabad-based Doshi has been considered one of the highly influential architects of post-1947 India, fusing international modernist principles with local traditions.

Doshi studied in Mumbai, before travelling to Paris in the 1950s to work for Franco-Swiss pioneer and iconic 20th century modernist architect Corbusier, who designed the city of Chandigarh.

At 90, Balkrishna Vithaldas Doshi is remarkably agile; his energy and enthusiasm belie the stereotypes associated with his age, say associates.

In an earlier interview, he had said, “For me, it is a search for the unknown... in that process, I grow and my work grows.”

Pavan Bakeri, managing director of Bakeri Group, a renowned builder in Gujarat and next-door neighbour of Doshi, said: “He has an uncanny ability to visualise spaces; he does not think in terms of boundaries. His visualisations are rarely linear but fluid spaces and he has managed to create functional, simple and breezy living spaces, as a result.”

Doshi is know for stressing that an architect should try to know about people in their context, their everyday life needs and design spaces that are liveable. Completed in 1989, the Aranya Low Cost Housing Society in Indore is a case in point. The award winning project was designed to establish a sense of community and facilitate harmony between the built environment and its inhabitants.

Pune-born Doshi worked with Le Corbusier in Paris as an apprentice. Doshi has earlier recounted how he went eight months without a salary and survived on only cheese, olives and bread (braving chronic colitis). He later became Corbusier’s Indian associate and worked actively with him on many projects. The iconic Ahmedabad Mill Owners’ Association building and the design of Chandigarh were among these.

In the Chandigarh project, Doshi was enstrusted with the design of living spaces for government officials. This led to his interest in basic and low-cost housing projects that also evoked a sense of community.

When he designed the Indian Institute of Management (IIM) campus at Bengaluru, he’d once recalled, the brief was to create a space where people felt at home and were not awed by buildings. He decided to create a ‘green space’, filled with trees and stonework.

Doshi’s house in Ahemedabad, Kamala House (constructed in 1959), is special, too. It not only makes use of natural lighting, but this was the first time someone had created cavity walls (that trap heat) and keep the house cooler in the city’s warm environment.

Coming from a family of furniture makers, Doshi had seen how his grandfather’s house grew in size, adding levels to accommodate a large joint family -- perhaps his inspiration to design houses as organic ‘beings’ that respond to the biological needs of its inhabitants.

His studio, Vastu-Shilpa, works on these principles. He has worked with renowned architects Louis Kahn and Anant Raje (in the IIM-Ahmedabad project). He went to design more campuses across the country -- National Institute of Fashion Technology, Tagore Memorial Hall, Institute of Indology.

Abhinava Shukla, general secretary of the Ahmedabad Textile Mills Association, says Doshi was a lad of 25-26 years when working with Corbusier on the Mill Owners’ Association building in thic city, considered an architectural marvel. “Doshi is not simply an architect, he is a philosopher. It is his creation and composition of space that makes him stand out,” Shukla says.

Speaking on Charles Correa’s death (about two years earlier), Doshi had said about his long-time friend, “Our concerns remained the same: city, people, the quality of life — urbanisation, as well as sustainability.” The Pritzker announcement is one recognition of the endeavour and its quality.