The 2018 Pritzker Prize Is Awarded to Balkrishna Doshi

The Indian luminary, a seminal figure in the world of South Asian architecture, has been awarded the highest honor in architecture 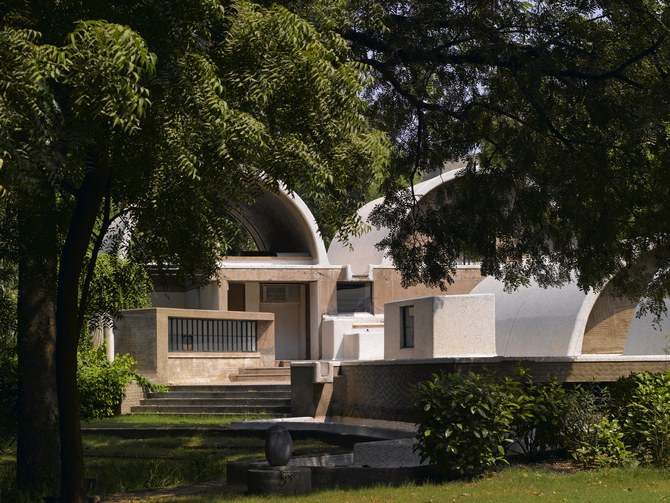 An exterior image of Sangath, the architecture offices of Balkrishna Doshi, winner of the 2018 Pritzker Prize. Photo: Getty Images/Edmund Sumner

It was announced this morning that the 2018 Pritzker Prize has been awarded to the Indian architect Balkrishna Doshi. Born in Pune, India, in 1927, he's rubbed shoulders with and learned from some of the biggest architects of the 20th century, such as Le Corbusier and Louis Kahn. And now, with the awarding of the prize, Doshi will also become a household name, of similar stature to the men he once idolized.

Balkrishna Doshi, who turned 90 years old last summer, is best known for designs in his native India. Many of them, such as his Aranya Low Cost Housing in Indore, were built for social reasons. Designed in 1989, Aranya currently provides residence to some 80,000 people through a system of houses, courtyards, and a labyrinth of pathways. Within this world Doshi created, 6,500 homes range from one-room units to larger, more spacious abodes, accommodating low- and middle-income Indians. Doshi is known for incorporating Indian heritage into his buildings: Another of his designs, the Indian Institute of Management in Bangalore, was inspired by traditional mazelike Indian cities and temples, their design manifest in the scheme's interlocking buildings and courtyards. 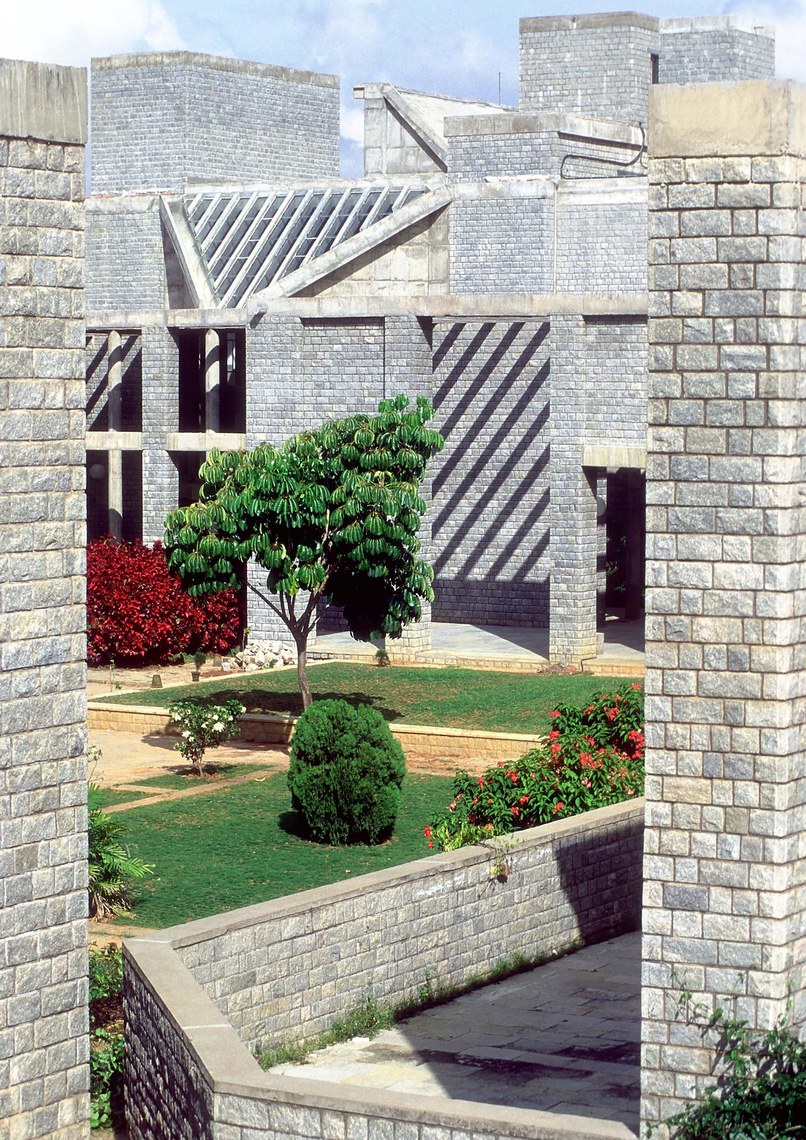 A look at a courtyard within the Indian Institute of Management. Photo: Courtesy of the Pritzker Architecture Prize/VSF

"Infused with lessons from Western architects before him, he forged his artistic vision with a deep reverence for life, Eastern culture, and forces of nature to create an architecture that was personal," the Pritzker organization says of this year's winner. "Alongside a deep respect for Indian history and culture, elements of his youth—memories of shrines, temples, and bustling streets; scents of lacquer and wood from his grandfather’s furniture workshop—all find a way into his architecture." 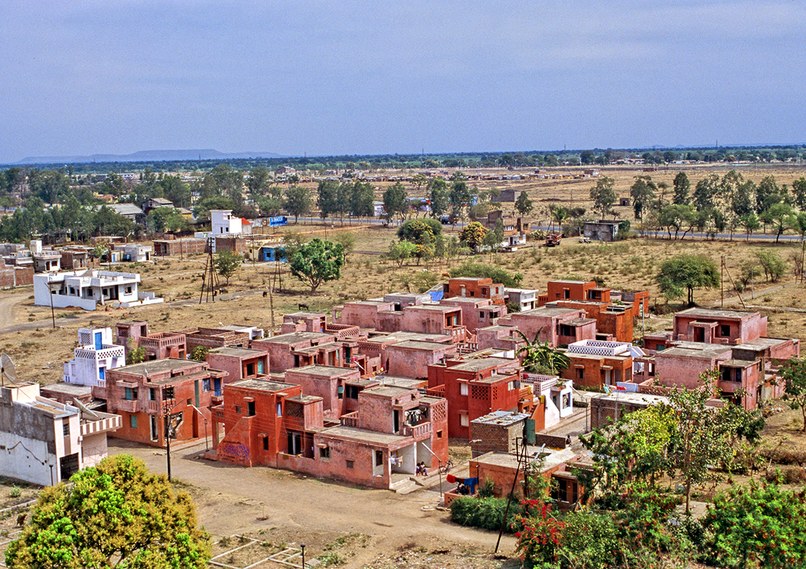 Like many of Doshi's designs, Aranya was created to accommodate those Indians living with low and middle incomes. Photo: Courtesy of the Pritzker Architecture Prize/VSF

Founded in 1979, the Pritzker Prize is the apogee of accomplishment in the world of architecture. Upon winning the award, architects become instant celebrities. Previous winners include Zaha Hadid, Philip Johnson, Oscar Niemeyer, Norman Foster, and Renzo Piano, among many other luminaries. Last year's winners were RCR Arquitectes, a Spanish trio that built a strong reputation from their embrace of multiculturalism through the prism of design. For some, the 2018 announcement may also have come as a surprise (Doshi did not make AD's round up of potential 2018 Pritzker Prize winners). The naming of Doshi as the recipient of the prize—along with the $100,000 that goes with it—leaves influential architects such as David Chipperfield, David Adjaye, and Steven Holl wondering if their monumental moment will come in 2019. 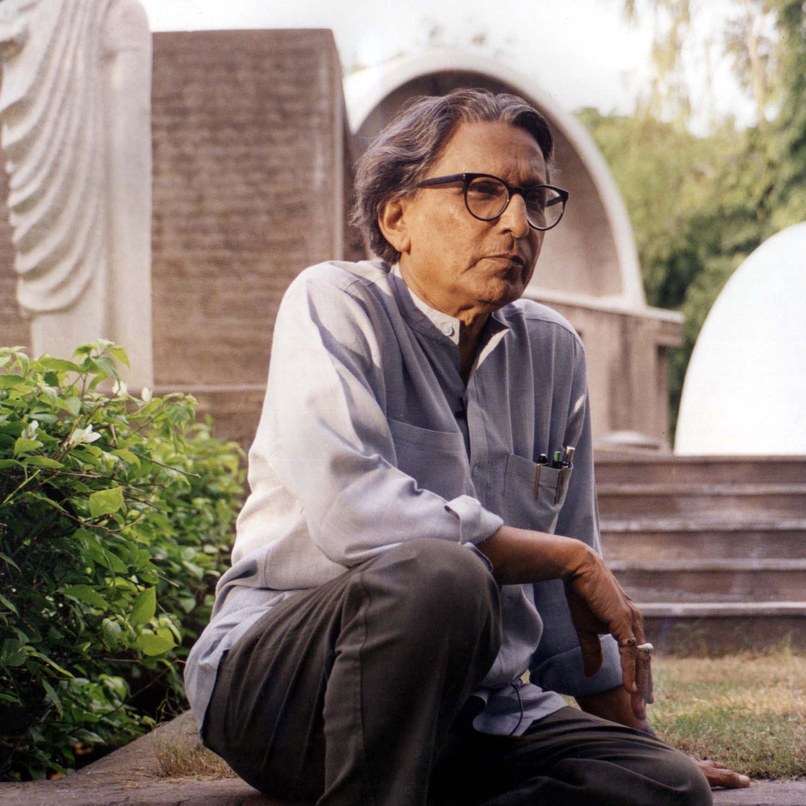 Before winning the 2018 Pritzker Prize, Doshi had been awarded the Padma Shri (the fourth-highest civilian award in India), as well as the Ordre des Arts et des Lettres (a recognition by the French government of significant contributions to the arts). Doshi is the 45th Pritzker Prize Laureate, and the first from India.