Emulating the diagram of a Palladian villa the existing bungalow extends it’s arms of outhouses from both sides to embrace the existing garden. The conference centre (phase 5) forms one arm while the new officer’s mess (phase 1 - completed) forms the other. A brick colonnade defines the garden and moves around the fulcrum of the existing mess. The positioning of the new buildings is intended to not only reinforce the relationships of the various parts but also encompasses the sweeping vistas of the Sabarmati river as it bends and sweeps past the site. Within the mess itself all 18 rooms, the lobby and dining hall have a view of the grounds and the river beyond but also open out into an internal courtyard. Reminiscent of the light wells of the traditional pol houses of Gujarat this tall, narrow court is a more intimate, contemplative space in contrast to the bigger, public garden outside. Inside the courtyard large walls are deliberately left blank so that they maybe animated by the changing shadows through the day. 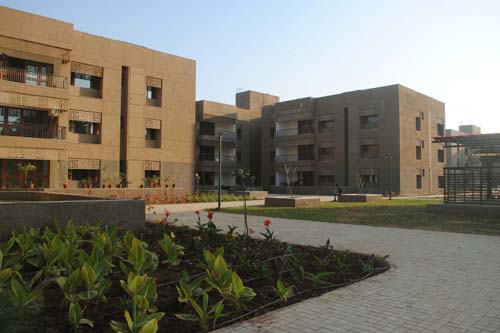 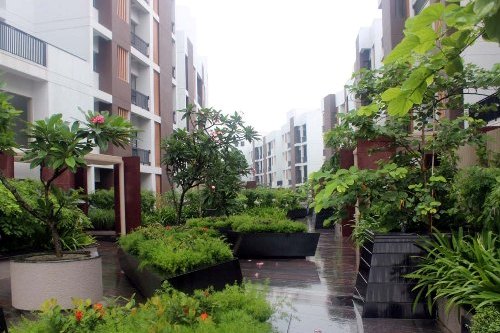 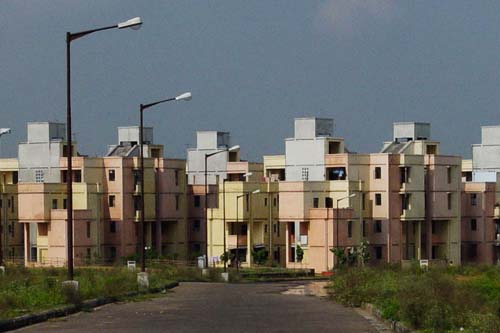